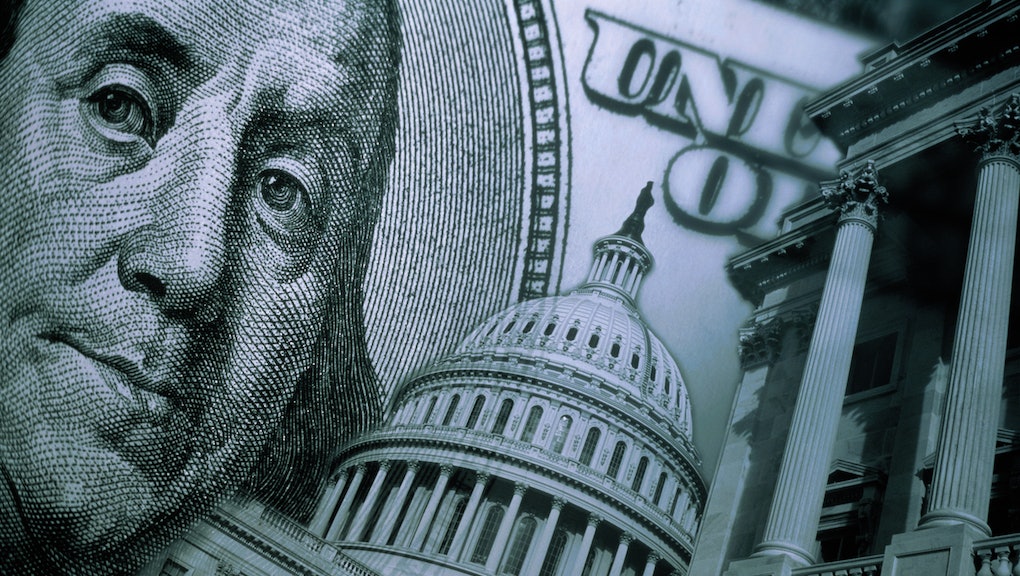 In Maine, voters approved Question 1 by a vote of 55% to 45%, with 91% of precincts reporting. As Mic previously reported, the initiative will strengthen the state's landmark system of public funding for elections created by the Maine Clean Elections Act in 1996. Candidates who agree to participate will be eligible to receive public funding for their campaigns and will also be forced to disclose top donors of their political advertisements.

Many of the initiative's leading advocates are young people, who believe the amount of money required to run for office excludes younger candidates and disadvantaged groups. They're hoping this initiative will help fix that.

"Millennials often feel disenfranchised by the political system," Lizzy Reinholt, communications director for Mainers for Accountable Elections, told Mic. "This victory is a beacon of hope for younger voters to get involved, knowing their voice will be heard rather than being drowned out by special interests."

In Seattle, preliminary results show Initiative 122 will pass, with the current totals standing at 60% in favor to 40% opposed. The first batch of votes were counted Tuesday evening. The city votes by mail, so final results will be tallied later this week.

As Mic reported in October, the initiative will create an innovative system of "democracy vouchers" in which every registered voter will receive in the mail four $25 vouchers that they can donate to any candidate of their choosing. Candidates who choose to participate can then exchange their vouchers for city funds for their campaigns.

Supporters believe this system will also benefit young people and everyday voters by forcing candidates to knock on doors and make their case to appeal to regular people, not just wealthy donors.

"The leaders of the campaigns in Maine and Seattle were made up of young people who came together to say, 'Our voices aren't being heard,'" Adam Smith, communications director for Every Voice, a leading campaign finance reform organization, told Mic. "They will change politics in those places and make sure elections aren't just for those with cash or connections."

What's next: Supporters are counting on both victories to help spark change nationwide. Since the Supreme Court's Citizens United decision, efforts to curtail the influence of big money in politics have stalled at the federal level, even though the majority of Americans support a major overhaul of the campaign finance system.

"These wins send a message that people can come together and win these reforms," Smith told Mic. "States are laboratories of democracy. Going forward, we're going to be looking at other states and cities to build momentum on the federal level too."

Activists are taking a page from the marijuana legalization and same-sex marriage playbook and focusing their efforts on building a grassroots campaign finance movement, starting at the local and state level. They believe Maine and Seattle will serve as a model for the rest of the country.

"These local wins are fantastic for the movement to fix our corrupt political system," Tzipora Lederman, communications manager at Represent.Us, a leading anti-corruption organization, told Mic. "These victories are cleaning up state and local politics and setting the stage for national reform. We've seen this strategy work for marriage equality on the left and gun legislation on the right, and now it's happening for the anti-corruption movement too."