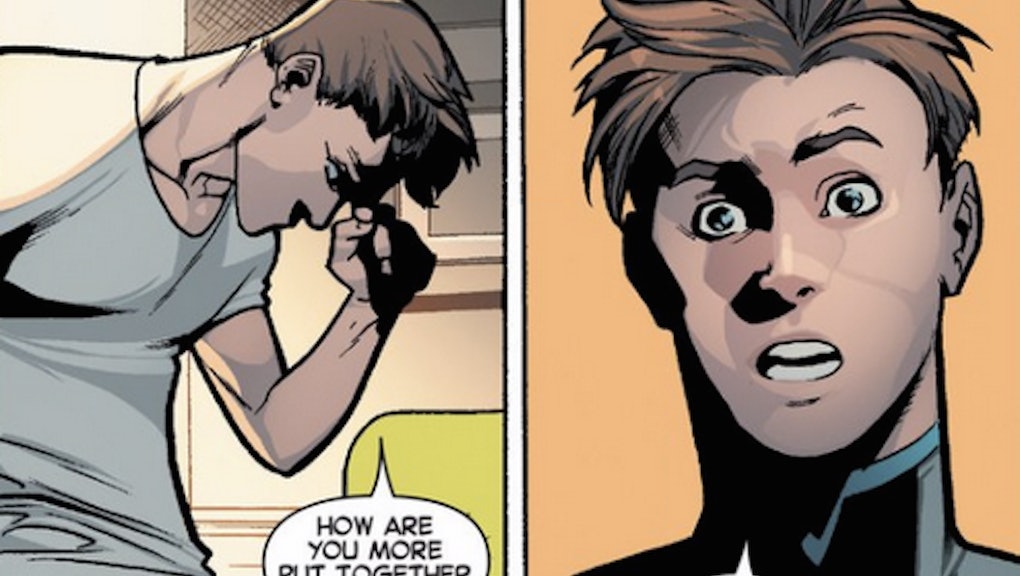 Marvel continues its diversity conversation with its latest issue of X-Men. In April, Iceman, an original character from the series' 1963 inception, came out as gay. The character development has gone another step further with Wednesday's release comic book, in which Iceman confronts an older version of himself regarding to his sexuality.

"I'm gay, it turns out," Iceman says in the comic. "So that means you are too. Right?" According to Rolling Stone, Iceman originally began accepting his sexuality in April's All New X-Men #40, when he supposed he may be bisexual, and a mind-reader told him, "I think you're more ... full gay."

In the issue, Uncanny X-Men #600, the older Iceman has a tougher time coming to terms with being both "a mutant and gay."

In recent years, Marvel has made moves to appeal to more sexual identities, including a 2012 interracial gay marriage in its Astonishing X-Men series. Check out the full interaction between the two versions of Iceman in the latest edition of X-Men, out Wednesday, via Entertainment Weekly.