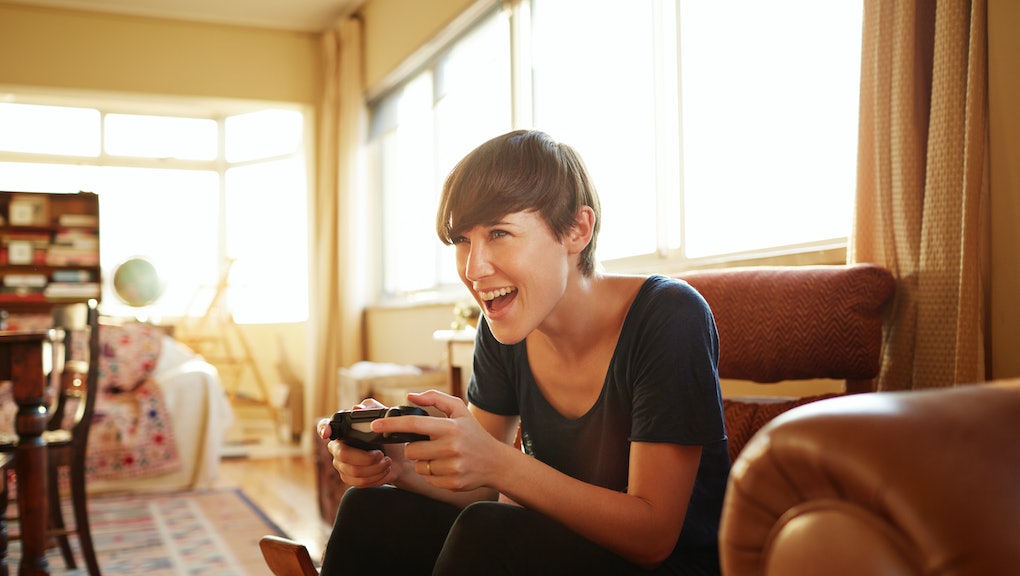 Turns Out More Women Than Men Own Gaming Consoles

Calling someone a "gamer" still conjures up so many stereotypes. Nerd culture. Mountain Dew. Headsets with microphones. And still, to this day, being a guy.

But year by year, the image of gaming as a predominantly male hobby is eroding as women gamers gain new ground. A new survey from Pew Research Center shows that though only 4 in 10 Americans own a video game console like an Xbox or PS4  — the same as in 2010 — more women than men now own a game console.

Of all adults surveyed, 42% of women own game consoles and only 37% of men own a console. Likelihood of ownership increases with household income, and 54% of people with "some" college education own a console.

Don't chalk it up to mobile. Women recently became the dominant demographic in video games, and until now, much of that was chalked up to the ubiquity of smartphones and the rise of mobile gaming. This data shows that as gaming has become one of the largest entertainment mediums in the world, women have arrived at one of gaming's more traditional territories.

What complicates these findings, as Adi Robertson writes in the Verge, is that consoles aren't personal devices, like smartphones. If you have a roommate, you likely share a PlayStation — you don't each use one. "So if one person in a household buys an Xbox ... it's fairly likely that another adult in that house will report 'having' the item," Robertson notes. "As of 2012, only around 15% of American households were women living alone."

It should also be noted that when we talk about women who own consoles, we're talking about adult women. The Entertainment Software Association's yearly report put the demographic breakdown of gamers slightly in favor of men overall, but that could mean that gaming's demographic shift is generational.