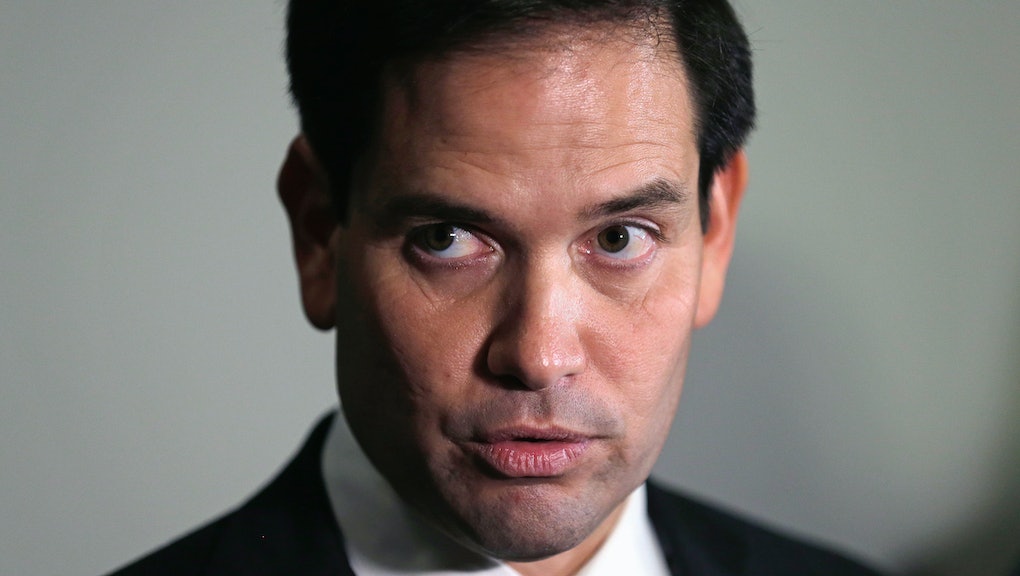 Florida Sen. Marco Rubio, who is running for the Republican presidential nomination, had a very interesting answer to a very easy question during a Q&A session at St. Anselm College in New Hampshire on Wednesday.

At the event, Rubio was asked which non-politician he'd most like to share a beer with. His response? Malala Yousafzai, the 18-year-old, Pakistani teen who was shot in the head by the Taliban for advocating gender equality in education in Pakistan. She later won the Nobel Peace Prize for her advocacy for the rights of women and girls around the world.

Yousafzai is three years away from being able to drink legally in the United States, and Muslims who follow Islamic dietary laws do not drink alcohol.

The weirdest thing about the whole exchange is that Rubio was apparently unprepared to answer one of the easiest questions an American politician can be asked. The question is usually posed to voters as a way of gauging candidates' authenticity, but Rubio certainly should have been able to whip up an answer that would not involve underage drinking.

While Rubio's answer may be just as unflattering as the litany of bizarre answers Republican candidates gave in response to the question of which woman they would put on the $10 bill during the second GOP primary debate, it is certainly a better answer than Ben Carson's response to whether Muslims should be allowed to be president.