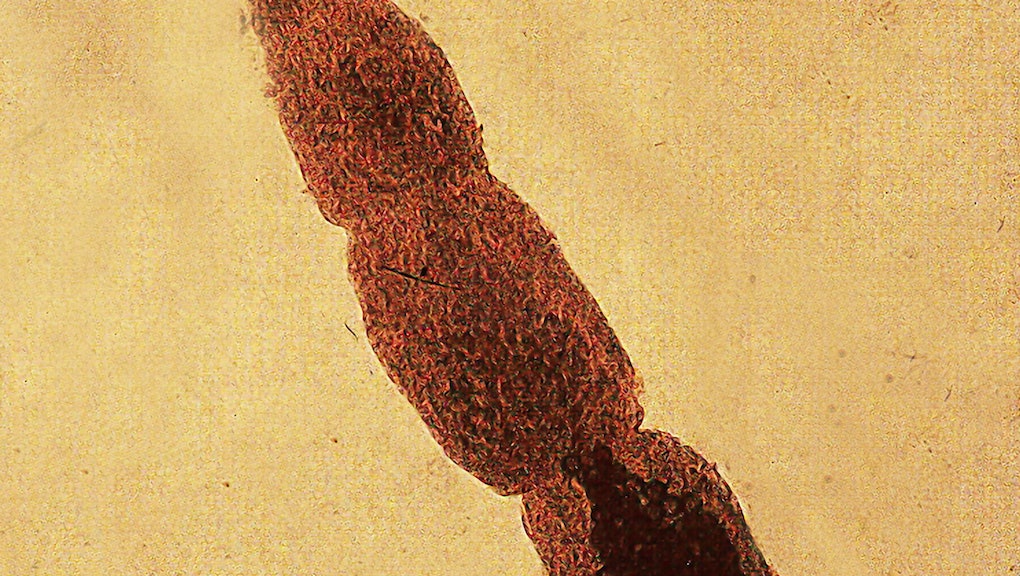 Luis Ortiz, a 26-year-old man from Napa, California, was rushed to Queen of the Valley Medical Center in September, where doctors discovered a tapeworm larva living in his brain. Ortiz underwent emergency surgery to remove the parasite and has since been recovering.

Some two months after the ordeal, Ortiz spoke to local news outlet the Napa Valley Register about his experience. According to Ortiz, it started with daily headaches in August, which the Sacramento State college student ignored until the pain intensified one day while visiting his parents in Napa.

"That's where it gets kind of blurry for me," Ortiz told the Napa Valley Register.

After Ortiz began to vomit, his mother brought him to the hospital where he fell into a coma. After scans, neurosurgeon Soren Singel discovered a one-sixteenth-inch-long worm lodged in a cyst that was blocking water to Ortiz's brain.

It's possible the worm entered Ortiz's body in the larval stage via food, most likely pork, that was contaminated. Ortiz said he rarely eats pork, though doctors explained it's possible for a tapeworm to live in the human body for years.

"I was really lucky," Ortiz told the Napa Valley Register. "They said, 'If you came in a hour later, you wouldn't be alive.'"

According to the Mayo Clinic, most tapeworm infections stem from ingesting eggs or larvae, through consuming meat from animals infected with the parasite, and the parasite larvae can also enter the body through contaminated water. According to the New York Times, unwashed fruits and vegetables, particularly in developing countries, can also be a vehicle to ingest tapeworms and other parasites.

Once ingested, tapeworm larvae can become mobile and either pass through the intestinal system or migrate to other vital organs. Per the Mayo Clinic, a tapeworm can live up to 30 years inside a host and grow up to 50 feet long.

According to the U.K. National Health Service, tapeworms are most commonly found in developing countries. When traveling, doctors suggest diligence about consuming fully cooked pork and other meats, only fruits or vegetables that can be peeled and purified water.