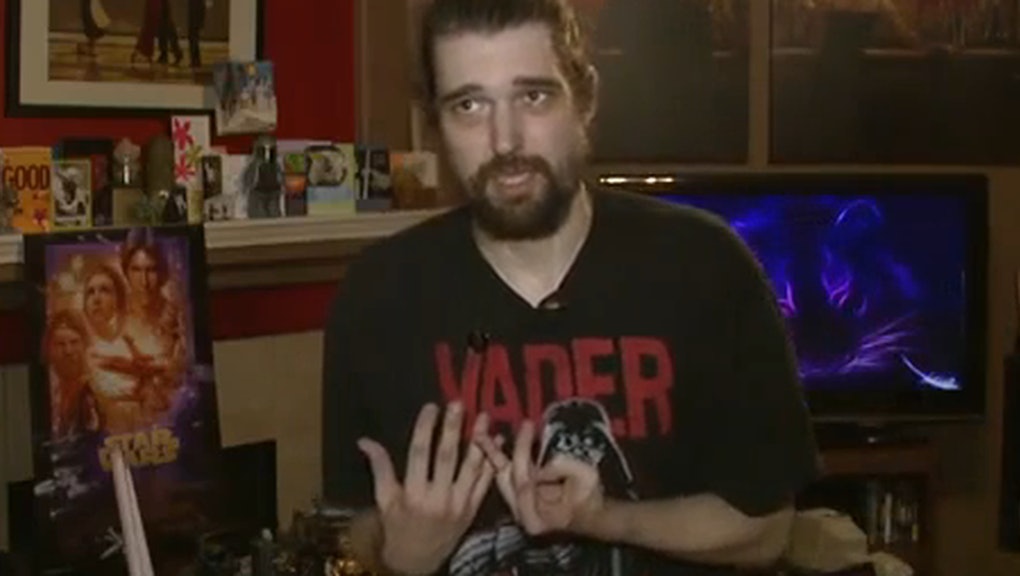 Daniel Fleetwood, an avid Star Wars fan who's dying of a rare connective-tissue cancer called spindle cell sarcoma, had one wish: to see Star Wars: The Force Awakens. After a successful social media campaign with the #ForceForDaniel hashtag, his dream finally came true.

The 32-year-old is living on borrowed time as his oncologist told him he likely wouldn't make it past September, so he wanted to see the film before its Dec. 18 general release. Walt Disney Studios and Lucasfilms arranged for Fleetwood and his wife, Ashley Fleetwood, to see the film at their home.

According to a Facebook post by Ashley, director J.J. Abrams called the couple on Wednesday to deliver the good news.

#ForceForDaniel gained traction after Star Wars cast members like Mark Hamill and John Boyega got involved. On Friday, Hamill began tweeting other people's pleas to the studios, asking them to grant Fleetwood his dying wish.

While Fleetwood's story had as happy an ending as it could have, he and his wife were notably silent about the film's ending — or anything else about it, for that matter.

It's almost as though Disney and Co. want to keep it under the lid.