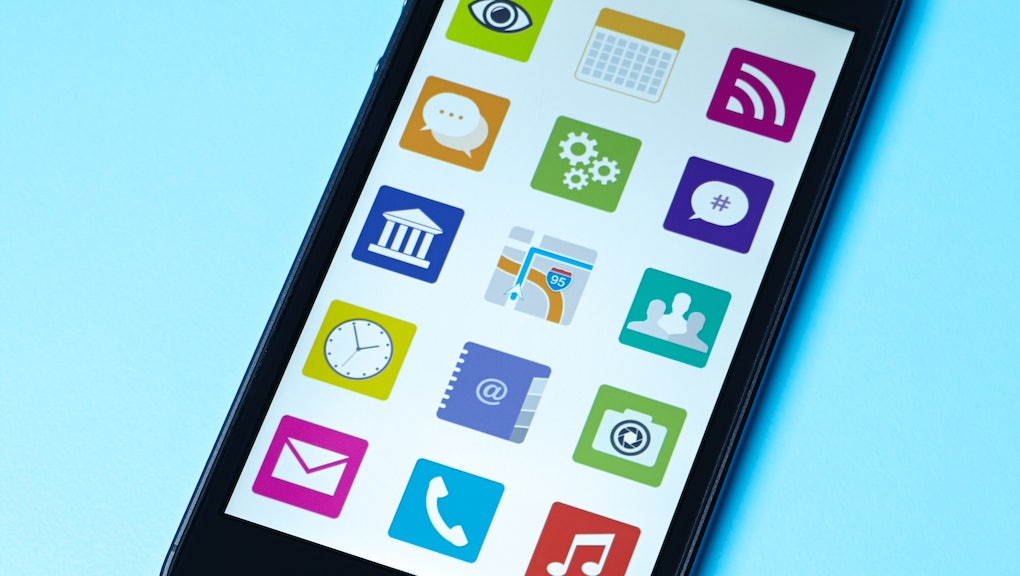 A few months ago, on a night like any other, Jack*, a transgender man, opened up a hookup app and used a function called "Shout!" This function allowed Jack to tell everyone in a few miles' radius of him that he was looking for sex. What he got was a one-word response from an anonymous user.

Hookup apps traditionally targeted to cisgender gay men are making room for transgender men to join their ranks. Growlr and Grindr, for example, allow users to identify as transgender, and Growly allows its users to show interest in transgender men.

The most trans-inclusive app, and the one that each transgender man who spoke to Mic uses, is probably Scruff, which allows users to identify as transgender, announce interest in transgender men and also set up a filter to see transgender men in their area. Scruff first made this update in 2013.

As transgender men begin to rub up against cisgender men, both literally and figuratively, this causes literal and figurative friction. There's even a whole Tumblr dedicated to the sundry adventures of trans men looking to get off in peace.

"I've been called gross, freakish, told that I shouldn't be here," Bryan Ellicott, a bisexual transgender man, told Mic. "They said they were going to report me to the admin of the website. Because I shouldn't be there."

Max Heimdal told Mic that he's been called a "lesbian dabbling in gays."

For an app that's supposed to be sexual, many trans men often end up teaching rather than touching. The primary thing many transmen have to explain is their bodies. This, Ellicott said, should not be an obligation during a hookup.

"If I'm having a relationship with you, then I'm open to education," Ellicott said. "But if we're just meeting to hook up and I'm going to put my clothes on and leave, I don't have time to teach."

This can turn a hookup into what Cianán Russell calls mental gymnastics.

"I know they're not thinking about my body in a way that is affirming to me," Russell told Mic. "I have to figure out a way to have my body feel affirmed in a scenario where they're not affirming my body, and how to interact with the words they say or what they do in ways that protect me or let me enjoy the situation."

Most of the explaining comes down to a single area on a transgender man's body. And it doesn't have an agreed-upon name.

Hunter Fox said he uses a variety of words. "Pussy, cunt, sometimes," Fox told Mic. "If I'm talking, having a discussion with friends, I'll use front hole versus back hole."

Ellicott dissented. "I traditionally don't like anybody referring to my genitalia as anything feminine or considered feminine," he said. "Don't use 'pussy,' 'cunt,' 'vagina' or anything like that."

"So, 'cunt' is the word that I use for my front hole," Brandyn Gallagher told Mic. "Also 'cock,' because I have both. Testosterone is great like that."

Many respondents pointed to squeamishness or curiosity around vaginas as one of the main sources of cis confusion.

"Cis gay culture is so phallocentric, everybody's expecting a penis," Jack said. "And, you know, some of us don't have that."

Ellicott echoed Jack and said that gay men's fear or distaste of vaginas is clear in some of their slang. Ellicott brought up the joke about being a "gold star" gay for having never slept with a woman and that, even among his friends, he's heard disturbing variations.

"You get two gold stars if you were born by cesarean section and didn't come out of one!" he said. "I have friends who make this joke all the time."

No matter what word they use to describe their own genitalia, each respondent told Mic that cisgender men who engage with transgender men on apps should probably ask what terms they use before slapping a name on their private parts.

Russell told Mic that eight months ago, during a sexual encounter, his sexual partner said, "Oh my God, I love your pussy."

Russell stopped the encounter. "It feels like an act of, at the very least, dismissiveness, to just make a bilateral decision on what language to use on my body," Russell said. "Frankly, my preference is wordlessness."

Gallagher agreed. "I don't know why guys think it's okay to just jump to using that word," he said. "Usually, trans folks have specific words for their bodies. Don't use language for us that we're not comfortable with."

However, the work of a trans man looking for physical affection does not end at checking verbal come-ons. Often, it means having to guide them through making love to a trans body for the first time. The men Mic interviewed had mixed feelings about being a cis gay man's first transgender experience.

Russell told Mic that the tiresome nature of explaining one's body means he often needs to gauge whether or not he has the "emotional resources" to do so at the moment. "There have been times when I've said it explicitly: You're attractive, this would be fun, but I can't be an education right now, in terms of my own mental health."

Many of the interviewees told Mic they were nervous to be people's first transgender sexual encounter because of the length of explanation it requires in the moment. And sometimes being someone's first means exposing yourself to emotional attacks.

Gallagher said that he's had men enjoy sex but then denigrate him after ejaculation. One man even told him after sex that he was straight and that he "doesn't have sex with men."

"They just emasculate me because they don't see us as equals," Gallagher said.

Gallagher told Mic that he is often used as a "starter fag." Cisgender men who are curious about sex with men have approached him for sex. According to Gallagher, they want to experience sex with a male-identified person who was assigned female at birth. Conversely, Gallagher also said he's been approached by gay guys who want to have sex with a woman and feel he is an intermediate step.

Jack corroborated Gallagher's story. "Just because I have a pussy doesn't mean you can use me as a training wheel," he said.

Jack told Mic that the discrimination he faces is often compounded by his other identities, specifically his Asian identity. Because of his trans and Asian identities, cis gay men often assume that he is a submissive, receptive partner without question. Jack said he wants to complicate that narrative.

"I think there's definitely things like control and orgasm denial that can be worked into a scene wherein the penetrated partner is the one who is calling the shots," he said.

Jack said a sexual partner openly admitted to being a "rice queen," or a gay man who is almost exclusively attracted to Asian men. When Jack told him he was Filipino, he said that Filipino was his favorite "flavor" of Asian person.

"He messaged me later that night and was like, 'Oh, that was really hot, we should do that again,'" Jack said. "Then he said, 'And you're chubby, so it's like a triple fetish!'" Jack's situation is compounded by race, but assumptions about sexual roles is something many transgender men face, interviewees told Mic.

Russell said that cisgender gay men often come to sex with certain expectations for a trans partner. Not only are they expected to bottom, Russell said that he's also expected to offer access to both his front and back holes. Russell said this has triggered extreme emotional and mental stress for him. He went home with someone once and though he had begun to have penetrative sex in his front hole, he had reserved that for his main partner, a cisgender boyfriend of four and a half years.

"I told him, "I have two holes, you can only use one of them. That's my back one,'" he said. "He proceeded to fuck my front hole, and I immediately disassociated and have been dealing with post-traumatic stress-related issues since. For several months after that, didn't hook up with anyone."

He continued, "I think I was raped. I think I made pretty fucking clear that it was against the rules and the cis man I was with made the decision that it was OK, and I think that's what rape is."

Despite Russell's horrific experience with hooking up, he sees Scruff and its transgender filter as a positive. Russell, who lives in Bangkok, said that without that filter, he wouldn't be able to meet other transgender men. In fact, the app has actually led him to have a feeling of community.

"I depend on Scruff in particular to keep the trans part of my brain sane or nourished," he said.

Heimdal, who told Mic that he was called a misguided "lesbian," said that digital interaction between transgender gay men and cisgender gay men is still evolving.

"I feel like the gay FTM community is very small still and we're still trying to learn how to navigate those circles," Heimdal told Mic.

But at the end of the day, Jack said, we're all here for the same reason. And it's not to be anyone's teacher.

"I'm not here to educate," he said. "I'm here for the same reason everybody else is."