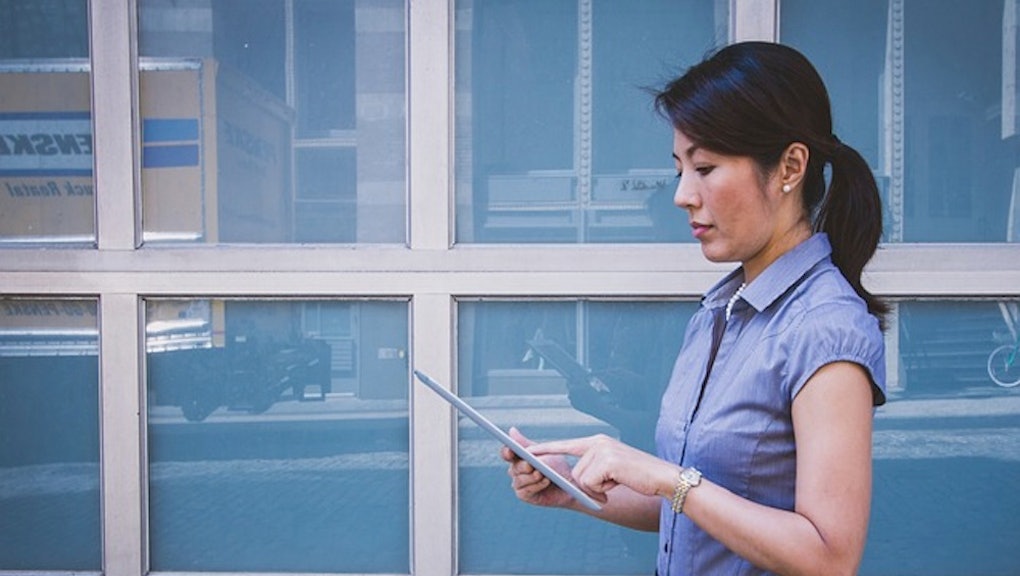 A New Study Shows the Wage Gap Affects Women in All Industries, at Every Level

The gender wage gap "is wrong, and in 2014, it's an embarrassment," President Barack Obama said in his State of the Union Address last year. "A woman deserves equal pay for equal work."

A year later, the gap is still as wide. In fact, according to a new report, women in the United States are paid less in all industries at every level for the same work as men, Reuters reported Thursday. The study, conducted by PayScale Inc., analyzed data from a poll of 1.4 million full-time workers and found the biggest wage discrepancy is between married men and women with children. Fathers earned the highest median salaries (about $67,900), while single women with children had the lowest ($38,200). Additionally, men's salaries steadily increased until their 50s, but women's wages stagnated in their mid- to late 30s.

"The gender pay gap is absolutely real," Aubrey Bach, senior editorial manager of PayScale Inc., told Reuters. "Half or more of our workforce is made of women, but we are still not progressing at the same level as men."

The wage gap persists. This study adds to an already disparate financial landscape for women, compared to their male counterparts. In 2014, women working full time in the United States made 79 cents for every dollar their male counterparts made, according to the American Association of University Women. What's more, the gap is significantly worse for women of color and mothers, according to the same report, and another 2015 study revealed that at the current pace, the gap likely won't completely close until 2058.

There are myriad potential factors that contribute to this reality, but perhaps the most salient ones, Bach told Reuters, is that men "dominate higher paying jobs, engineering, construction mining, and women dominate jobs like teaching and social work" and women fail to negotiate salary increases.

Research backs this up: For example, one researcher recently found that individuals who graduated with degrees in male-dominated college majors make more money than those in female-dominated majors, Boston.com reported. Another study of MBA students found that half of the men negotiated their jobs offers, whereas only one-eighth of the women did, according to the Harvard Business Review.

Addressing this gap is meaningful beyond pure notions of fairness or even individuals' financial wellbeing. The gap translates to an average $10,876 less per year in average earnings for women across the country, according to the National Women's Law Center — a meaningful difference, considering that families in the United States rely on women's income more than ever before. A 2013 Pew Research Center report found, for example, that 4 in 10 mothers are either the sole or the primary source of income for their families.

But there's hope. This study only bolsters the efforts of some politicians to address this inequitable gap. In October, California Gov. Jerry Brown signed into law the state's Fair Pay Act, which will require California employers to pay workers equitably for "substantially similar work," according to Debra L. Ness, president of the National Partnership for Women and Families.

Perhaps as evidence of the pervasiveness of this gap grows, politicians and employers alike will recognize the necessity of legislation and workplace policies that account for the equitable treatment of all workers, no matter their gender.