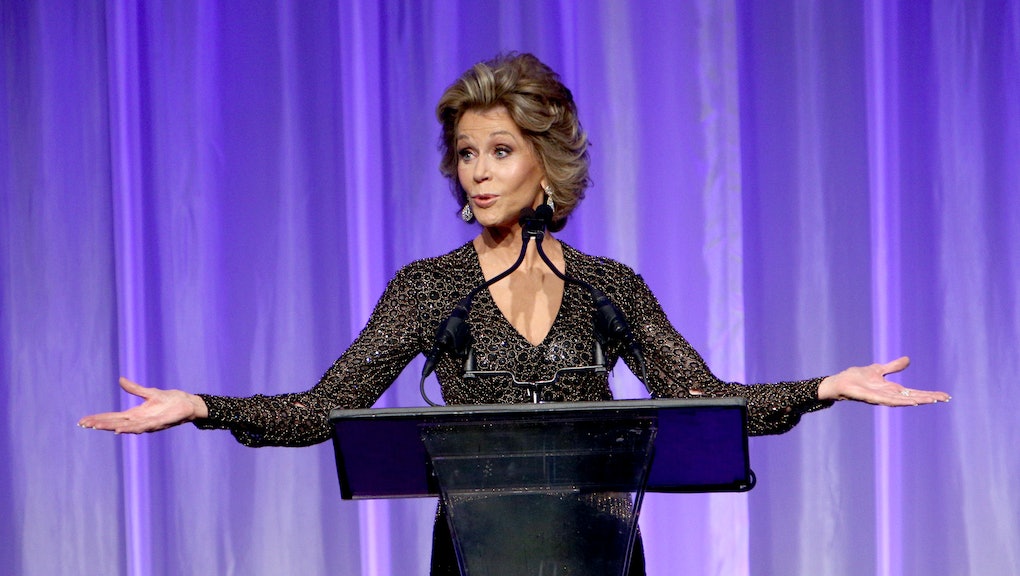 The Los Angeles LGBT Center's 46th anniversary gala Vanguard Awards will take place Saturday night at the Hyatt Regency Century Plaza. The dinner and awards show kicks off at 8 p.m. Pacific, and the event's biggest recognition will go to Jane Fonda, who will receive the Vanguard award for her LGBT advocacy work.

Performances throughout the night will include Linda Perry, whose single "Hands of Love" is in the new film Freeheld, as well as musicians Alex Newell, Pauley Perrette and the Denise Fraser band.

Although the event won't be broadcast via TV or live-stream, tickets are still available on the LA LGBT Center's website. A general admission ticket costs $400, with silver, gold and platinum sponsor tickets going for as much as $25,000. A dessert and after-party will take place following the awards show, and will feature a set from DJ Asha.

According to its website, the LA LGBT Center was founded in 1969 and is now the world's largest organization providing a broad span of services to the LGBT community, from housing and meals to health and career opportunities.