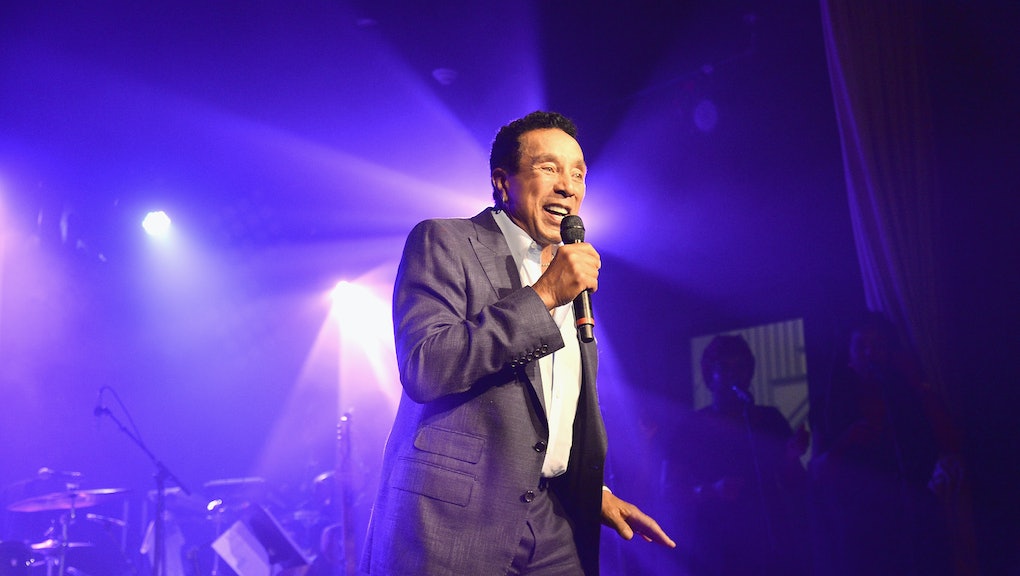 Rock and Roll Hall of Fame Music Masters 2015: Date, Time and How to Watch Online

The Rock and Roll Hall of Fame's 20th annual Music Masters series, a weeklong set of events that celebrate the living legends of the music industry, will culminate on Saturday with a tribute concert and awards ceremony to honor soul king Smokey Robinson, who was inducted into the Hall of Fame in 1987. The event will take place at Playhouse Square's State Theatre in Cleveland at at 7:30 p.m Eastern.

Though the event won't be streaming online, a limited number of tickets are still available to the tribute concert, and the event organizers may show footage from the event on the Rock and Roll Hall of Fame YouTube channel.

This year's concert boasts performances from three Hall of Fame inductees: Dennis Edwards of the Temptations (1989), Martha Reeves of Martha and the Vandellas (1995) and Mary Wilson of the Supremes (1988). Other performers on Saturday include Avant, AverySunshine, Bilal, JoJo, Eric Roberson, the Robert Glasper Experiment and Michelle Williams. Though Robinson will be in Cleveland to accept the honor, he is not expected to perform.

Between 1960 and 1971, Smokey Robinson and the Miracles churned out 27 beloved hits for Motown Records, among them "The Tracks of My Tears," "You've Really Got a Hold on Me," "Shop Around" and "I Second That Emotion." Later on, Robinson collaborated with the likes of Marvin Gaye, the Temptations, Mary Wells and the Marvelettes. Most recently, Robinson has focused his attentions on a solo career, releasing a gospel album called Food for the Spirit in 2014.

"Smokey Robinson's accomplishments as a songwriter, performer, and producer are unparalleled," said Lauren Onkey, the Rock and Roll Hall of Fame's vice president of education and public programs, in a statement. "It is particularly fitting that we honor him this year, the 20th year of Music Masters. The longstanding popularity and impact of his work shows us the power of popular music in our lives, which is what Music Masters is all about."