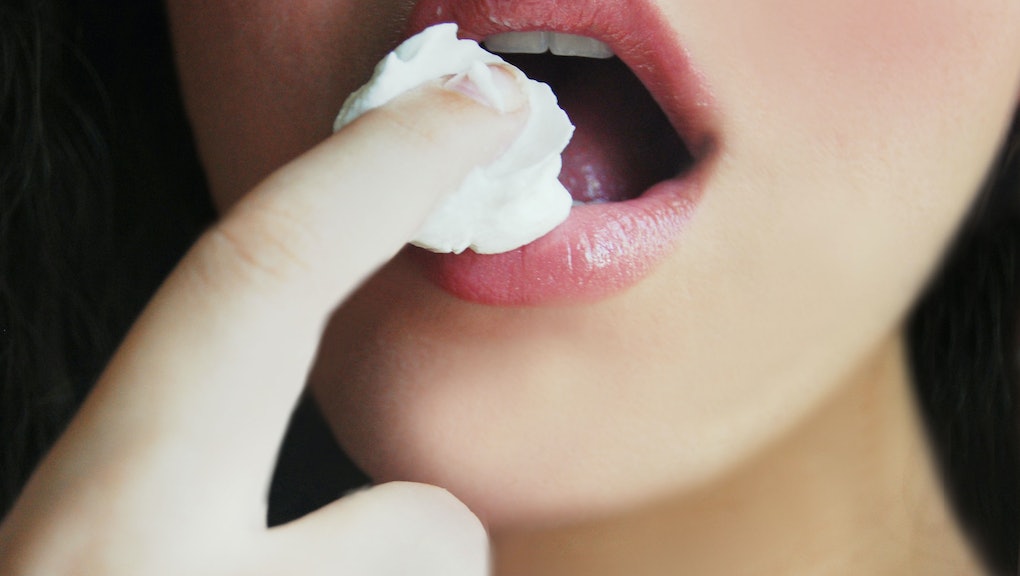 A hot brunette slides her panties down beside a beautiful marble tub. Already submerged in the tub, another equally hot, equally naked brunette looks on with anticipation.

She's been doing it full-time for about a year.

Identifying key moments from a scene and recreating them via GIF is more artful than just slapping a few images together. Bad timing, bad angles and low number of frames per second make for choppy, poor quality GIFs, while high-quality GIFs usually capture a scene's unique elements.

"For me, the 'how they got to fucking' is more important than the actual fucking," Marie-Chantal said. "I try to always include moments that are out of the ordinary or shot from an angle that you don't see often."

To answer this question, Mic spoke with Greg Lansky, chief creative officer of Strike3 Holdings, the organization that operates Blacked and Tushy. According to Lansky, GIF-making is marketing, and it's part of an effort to snag media-saturated consumers who have been brought up on a diet of snackable digital content.

"If [GIFs] are good, they can captivate your attention for a while. Next thing you know, you're watching the thing on loop," Lansky said. "It's that sweet spot of a few seconds of something special."

That said, nothing on the Internet is safe from piracy. Even GIFs are constantly getting pirated — and pirated GIFs on Tumblr and GIF feeder sites often link back to piracy-based tube sites.

"I see people posting GIFs I made after they removed the watermarks," Marie-Chantal said, referring to a common way that pirates mask copyright infringement. "They get the retweets and reblogs instead of me, and that makes it challenging to stay motivated."

It's also difficult for her to keep up in terms of output: While automated GIF makers and posters make hundreds of low-quality GIFs a day, often without watching the scenes, Marie-Chantal typically posts one high-quality GIF set a day. "By looking at the amount [of these types of GIFs] being shared, there seems to be a bigger demand for mediocrity," she said.

We might not know what specific neurological processes are at play that make them so mesmerizing, but we do know that if you put the right GIF in front of the right person, it can captivate a hot spot in the mind, mimicking those secret thoughts and memories that make us shiver involuntarily. No one really understands how or why, but if you watch the GIF that does it for you, you can definitely feel it — which makes it the latest facet of modern sex we can't ignore.