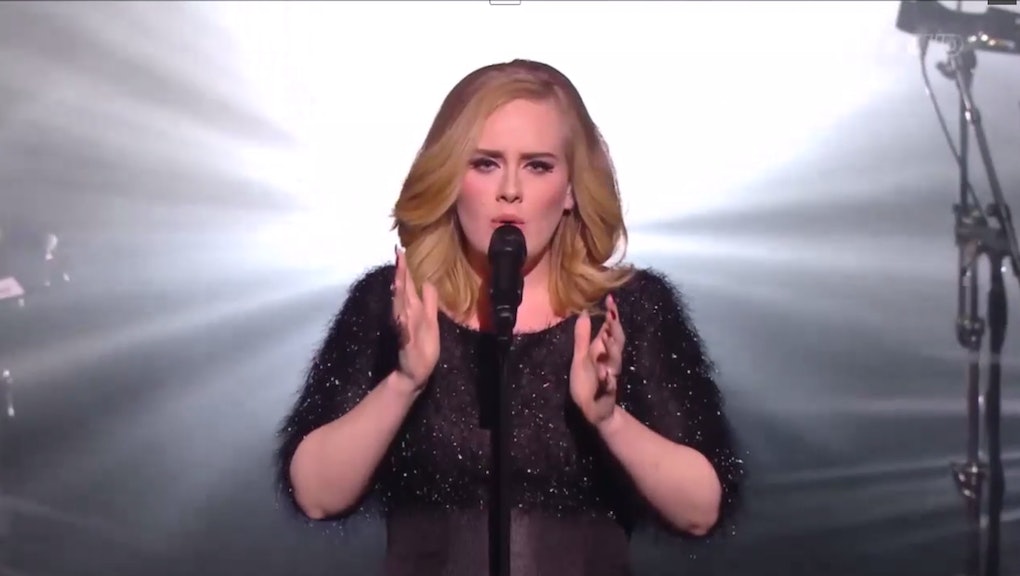 In an age filled with auto-tune and disingenuously polished performances, hearing a voice as pure and cutting as Adele's never fails to send chills down the spine. The 27-year-old singer did just that at the NRJ Music Awards Saturday in Cannes, France, singing her record-breaking single "Hello."

It's been a few years since Adele performed to a massive audience, but she attacks the song's high notes as expertly as ever, locking in perfectly with her band. It's clear she hasn't missed a beat in her three-year absence.

The performance capped off what proved to be another massively successful week building buzz for Adele's coming album. She came out as feminist in a Rolling Stone profile released Tuesday and made her live debut filming a special with the BBC, a teaser of which aired Friday. In that clip, Adele also shared a charming detail: She cannot send out her own tweets without them being checked by several members of her staff, thanks to a series of drunk tweets she sent around the time of her last album drop.

The BBC special will not air in full until Nov. 20 — the same day Adele's 25 drops. So the NRJ performance is the first live performance fans can watch in full. It may be a bread crumb, but it will have to hold fans over another few weeks.

Watch the teaser for her upcoming BBC special below.