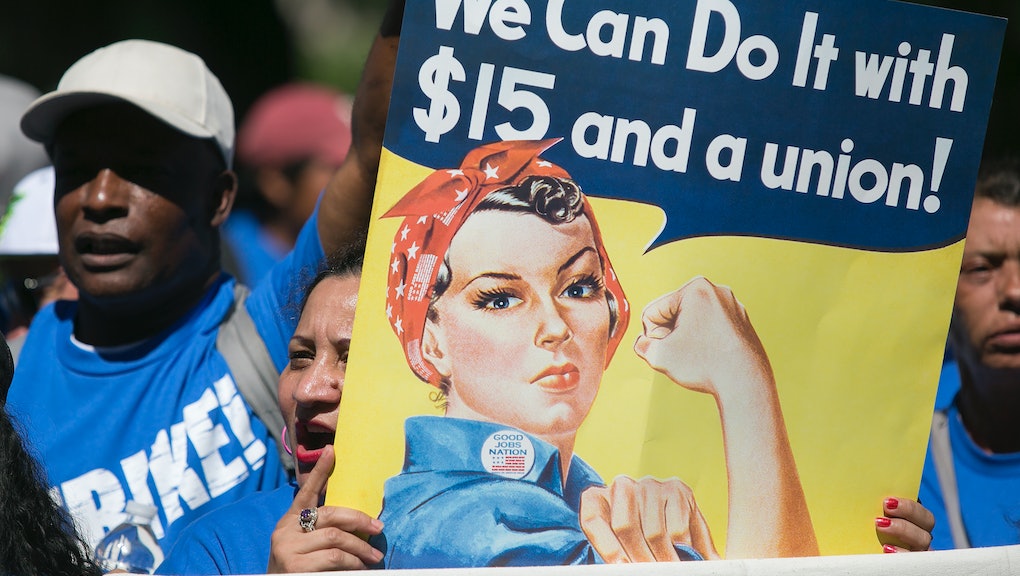 The Fight for $15, an organization of fast food workers who have banded together to protest low wages, is planning its largest nationwide strike across major cities in the United States for Tuesday, according to the group's site. In addition to better wages, Fight for $15 is demanding that corporations like McDonald's acknowledge employees' right to organize.

"Workers need a raise now," Latifah Trezvant, a McDonald's employee from Kansas City, Missouri, told Attn. "McDonald's and other large corporations need to step up and pay more. Politicians need to use their power. We can't wait. We've got one message for anyone running for office in 2016, whether it's for dogcatcher or president: Come get our vote."

The movement for raising fast food worker wages has seen some success in 2015: In September, New York approved a statewide $15 minimum wage. Now, the group is attempting to influence the 2016 presidential elections by demanding politicians support their causes. USA Today reports that at least 270 cities will participate in the strike.

According to Fight For $15, over 64 million U.S. fast food workers make less than $15 an hour (a $15 hourly wage on 40 hours a week shakes out to a yearly income of $31,200), causing many employees to live in poverty. Since New York's reform, home- and childcare workers have joined the movement throughout the country and are expected to join Tuesday's demonstrations.

"The Fight for $15 has shown it can influence the politics around wages and the economy," Center for American Progress president Neera Tanden told Attn. "This movement is creating a new voting bloc that frankly has too often been ignored by the political process."

Check out the organization's website for further details on Tuesday's events.