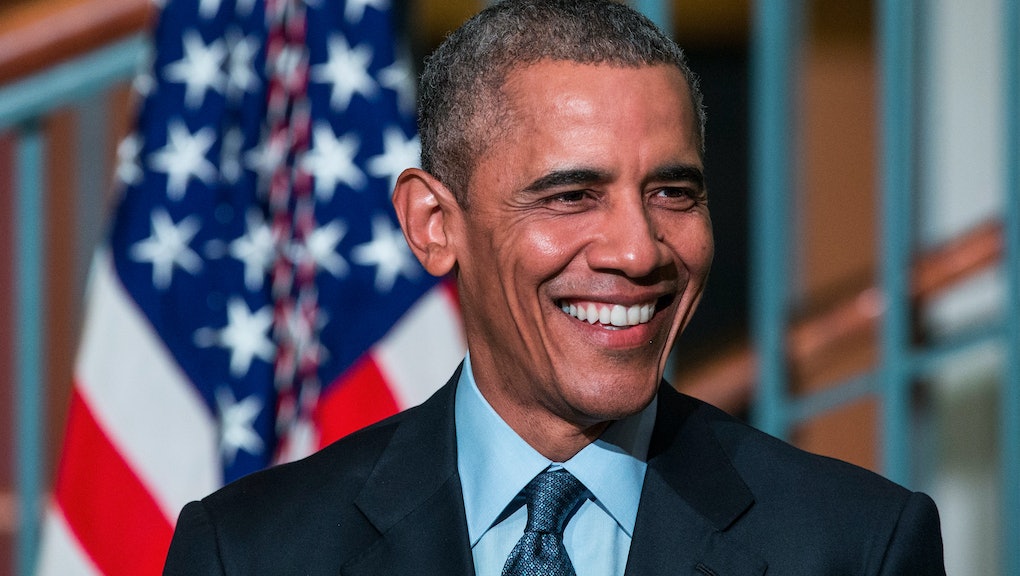 As of Monday, a public Facebook page for President Barack Obama was unveiled, courtesy of the White House. "Dad, husband, and 44th president of the United States," reads his bio.

Obama's newly-set up Facebook account is a verified Public Figure profile that features a cover photo of Obama looking pensive on a boat. In his first Facebook post on Monday, Obama highlighted the threat of climate change and explained that the purpose of his Facebook page is to encourage "real conversation" about important issues and for Facebook users to hear from him directly. The page is also "some just-for-fun stuff, too," a post from Obama reads.

"I'm kicking it off by inviting you to take a walk with me in my backyard – something I try to do at the end of the day before I head in for dinner," the post reads. Attached to Obama's first post is a video of him walking through the White House grounds while giving an informal speech stressing the importance of protecting national parks from climate change.

Aside from the page's first post, highlights of Obama's political and personal life are marked on his timeline, including his birth in Hawaii on Aug. 4, 1961; his marriage to Michelle Obama in 1992, his first day serving as a state senator from Illinois in 1997 and the rest of his political achievements to date. The page had tens of thousands of likes and counting since Monday's launch.

This initiative comes as Obama's digital team is trying to grow his social media presence, the New York Times reported. His digital team, led by former executive of Twitter, Blogger and Medium Jason Goldman, spends their days manning Obama's social media accounts, a step away from formal televised or reported interviews and toward communication via social media.

"Our office is very much tasked and looking for ways to bring his voice directly to people," Kori Schulman, Goldman's deputy, told the New York Times. "It's a balance of focusing on the president's priorities and being flexible and opportunistic as conversations are happening online that relate to what the president cares about."