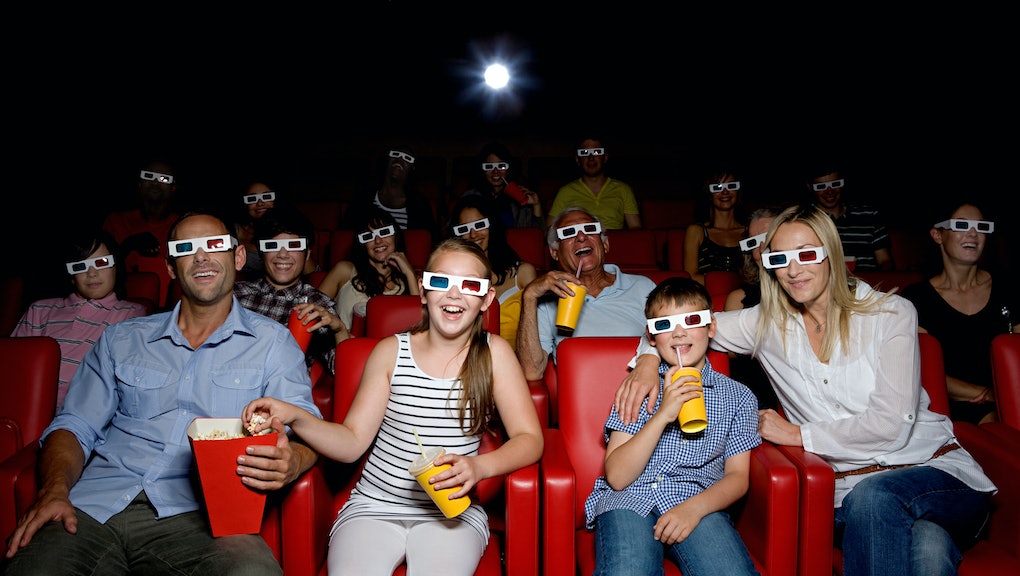 The benefits of Netflix's instant streaming service are myriad, especially compared to the idea of going out to a movie instead. As opposed to paying for every movie ticket — priced at an average of $8.34 in 2015 — Netflix users pay just $9.99 a month. There are TV options in addition to movies. There are no food or drink prices to worry about: One's pantry is their concession stand. Best of all, a movie in one's home requires no proper attire.

Yes, there are plenty of advantages to staying home and watching something on streaming. One of those advantages, however, is not personal health.

According to a study conducted by the International Communication Association in January, binge-watching Netflix, particularly watching TV, is connected to depression and feelings of loneliness. As the group explained, "the more lonely and depressed the study participants were, the more likely they were to binge-watch TV."

Compare those results to an article in August's Journal of Consumer Research, as written about by Science of Us. This survey found that going to the movies alone can actually be a rewarding experience. Individuals may share common fears about experiencing films in theaters alone, the paper says, but people who do so actually enjoy it.

Plenty of studies and expert opinions back up that spending time alone is actually good for personal health, from something as simple as clearing one's mind to even helping combat depression. It follows that enjoying a movie alone would allow for a similarly satisfying experience, in the same way that breaking out of one's comfort zone is a net positive.

Binge-watching Netflix isn't just an outlet for momentarily escaping feelings of depression or loneliness, it's actively harmful. "Physical fatigue and problems such as obesity and other health problems are related to binge-watching and they are a cause for concern," Yoon Hi Sung, one of the study's conductors, said in a press release. "When binge-watching becomes rampant, viewers may start to neglect their work and their relationships with others."

Obviously there is a middle ground between two extremes. Watching a movie on a Saturday night from the comfort of one's own home is not a killer habit. Watching a season of Parks and Recreation in one night is, though.

So if faced with a night alone and a desire to watch something, consider heading to the local cineplex instead of logging onto Netflix. It may feel weird, but trust science: You'll be happy you did.