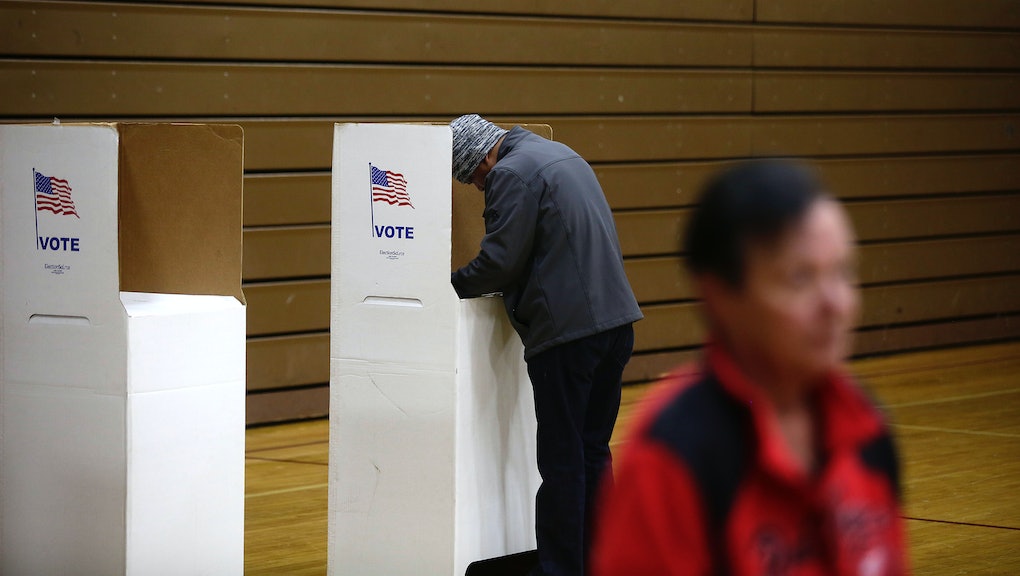 The city of Hamtramck, Michigan, made history last week when it became the first city in the United States to elect a city council of mostly Muslim officials, the Detroit Free Press reported. The shift represented the city's changing demographics — once predominantly Polish Catholic, Hamtramck now has a majority-Muslim residents.

Hamtramck, a city almost entirely bordered by Detroit whose population is just over 22,000, re-elected two incumbent Muslim city council members and elected a third to the council. A fourth council member did not face re-election, bringing the total number of council members who practice Islam to four. The election took place Tuesday.

Hamtramck's city council members include incumbents Anam Miah and Abu Musa and newcomer Saad Almasmari. Mohammed Hassan was an incumbent whose spot wasn't up for re-election, the Detroit Free Press reported. Three of the council's Muslim members were of Bangladeshi descent while one was Yemeni.

"Hamtramck has made history," Hamtramck community leader Bill Meyer told the Detroit Free Press. "The election was far from close, with the three Muslim winners each gaining over 1,000 votes, while the other three candidates garnered less than 700 votes each."

Though Meyer is not Muslim, he told the Detroit Free Press that the city's strong Muslim population has "helped bring stability, security and sobriety while lessening the amount of drugs and crime in the city."

History in the making: This isn't a random statistic for Hamtramck. In 2013, the city is believed to have become the first in the U.S. to have a majority Muslim population and has more mosques per capita than any city in the country, the Washington Post reported. While estimates of the Muslim proportion of the city's population range from one-third to half, the U.S. Census Bureau doesn't offer reports on religious affiliation, according to the Detroit Free Press.

Arabs now make up 24% of its population followed by 19% African-American, 15% Bangladeshi, 12% Polish and 6% Yugoslavian.

In 2004, Hamtramck's city allowed a mosque to broadcast its daily prayers from loudspeakers, a move that wasn't without controversy, the United Press International reported.