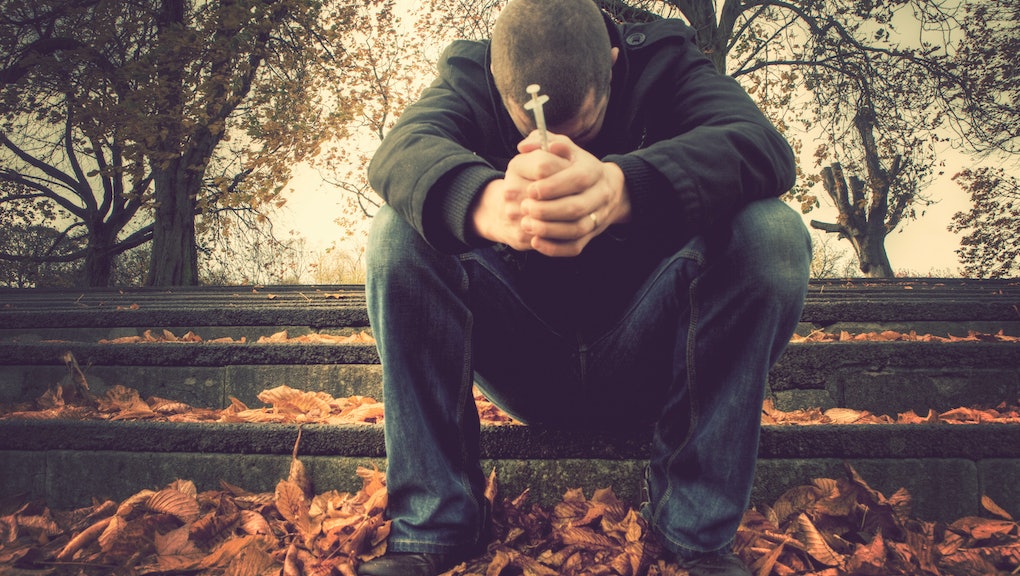 Now That It Affects White People, Presidential Candidates Are Talking About Drug Addiction

Between today's soundbite-hungry media climate and the grueling slog that is a modern presidential campaign, candidates on the trail seldom break through the daily noise and strike a chord among the broader public.

That's part of the reason why a video of New Jersey Gov. Chris Christie speaking in New Hampshire a couple of weeks ago was so remarkable. The video, shot by the Huffington Post, went viral, racking up more than 7 million views on Facebook. The six-minute-long clip shows Christie speaking forcefully about changing the way society treats drug addiction, an issue he has championed for years. It was a heartfelt, engaging and an artful effort at describing how policy reshapes people's lived experiences.

"I'm pro-life, and I think that if you're pro-life, that means you got to be pro-life for the whole life, not just the for the nine months that are in the womb," Christie said. "The 16-year-old teenage girl on the floor of the county lock-up addicted to heroin — I'm pro-life for her too."

What's even more notable about Christie's speech is the fact that he is not the only presidential candidate speaking up about the scourge of drug addiction. Treating drug addiction as something that should be treated rather than criminalized has easily become one of the most emotionally evocative themes of the race for the White House.

Just last week, former Florida Gov. Jeb Bush opened up about his daughter's past problems with drug addiction and called for compassion in treating those addicted to drugs, saying "you need to have a recovering kind of philosophy about this." During the CNN Republican debate in September, Carly Fiorina spoke passionately about "bury[ing] a child to drug addiction." On the Democratic side of the aisle, Hillary Clinton has proposed a host of reforms on the issue.

So why does there appear to be rare bipartisan consensus about the need for overhauling the way we treat drug addiction? On the surface, a lot of the political agreement is being driven by the deadly heroin epidemic sweeping the United States. But drug addiction has plagued people for far longer, and following the crack epidemic that ravaged inner-city communities in the 1980s, members of both parties fashioned a criminal justice system that was merciless to addicts.

There's another factor as well, and you can spot it if you listen closely to Christie's speech. "It can happen to anyone," Christie said mournfully, recalling the Percocet-fueled demise of his friend, once a star lawyer who had it all.

When he says "anyone," Christie is revealing an important distinction underlying the current discussion: Drug addiction is now a problem for white America.

The problem: Heroin use among young adults in the U.S. has more than doubled in the last decade, according to the Centers for Disease Control and Prevention. Overdose deaths nearly quadrupled between 2002 and 2013.

While heroin use has been on the rise among all demographic groups, the rise has been particularly acute among whites. In the past decade, nearly 90% of new users were white.

"The demographic composition of heroin users entering treatment has shifted over the last 50 years such that heroin use has changed from an inner-city, minority-centered problem to one that has a more widespread geographical distribution, involving primarily white men and women in their late 20s living outside of large urban areas," researchers wrote in a 2014 article in JAMA Psychiatry. Last week, a blockbuster report by two Princeton economists found that overdoses on heroin and prescription opioids are partially responsible for the rise in the death rate for middle-aged white Americans.

Unlike during the crack cocaine epidemic during the 1980s, which was concentrated in low-income black neighborhoods in large cities, the current drug crisis afflicts a broad swath of rural America, much of which is predominantly white. White Americans today have far more political leverage to force policy changes than black citizens did in the 1980s, both on a local and federal level.

"Because the demographic of people affected are more white, more middle class, these are parents who are empowered," Michael Botticelli, director of the White House Office of National Drug Control Policy, told the New York Times in an extraordinary report exploring the shifting dynamic. "They have been so instrumental in changing the conversation."

The fact that the heroin epidemic disproportionately affects whites means that the issue has assumed outsized importance for Republican lawmakers and candidates. The increase in heroin use over the past 10 years has been most stark among whites with low to lower-middle household incomes, a demographic that includes a crucial part of the Republican base: non-college educated whites.

For decades, Republicans have led the charge to be tough on drug-related crime, with Democrats all too often eager to join. But now, taking a compassionate, health-focused approach to drug addiction is not just politically safe but increasingly politically necessary, and could prove instrumental in mobilizing one of the GOP's most valuable constituencies.

Viewing drug use and addiction as issues of public health rather than issues of crime is wise policy, and it dovetails with the emerging consensus that mass incarceration in the U.S. has become intolerable. But it's a shame that it took this kind of calculation to get us there.