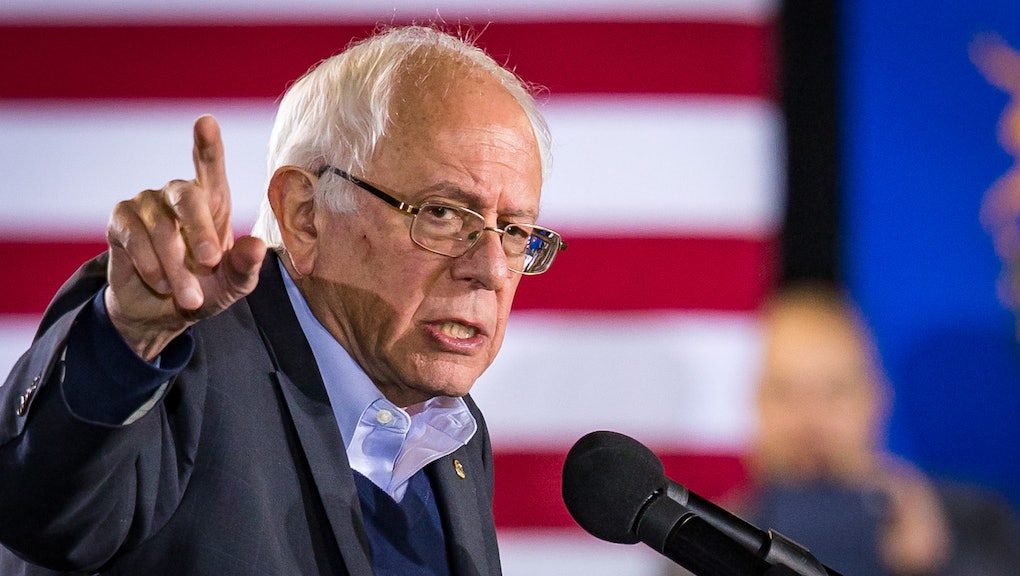 Sanders accused Trump, who has promised to deport 11 million undocumented immigrants, of "old-fashioned racism." Sanders warned, "We will not tolerate it!"

The self-described Democratic socialist then proceeded to link Trump's bigotry, continued deportation of undocumented immigrants, and the country's world-leading incarceration rates as all part of growing economic inequality across the country.

"The American people understand some very important facts and that is they know that today's economy is rigged," Sanders told the crowd, according to the Las Vegas Review-Journal. "They know that the average American is working longer hours for lower wages."

"It's a lot cheaper to send young people to college and university than it is to lock them up!" Sanders continued. "If anybody thinks that there not a direct correlation between this very high rate of youth unemployment and the fact that so many of our people are in jail, you would be mistaken."

"I'm very happy to tell you that we have already introduced legislation which ends private corporate ownership and operation of jails and detention centers. Corporations should not be making profits incarcerating people in this country!"

As Sanders puts the issues of incarceration and immigration first and foremost in Nevada, he is attempting to catch up to Hillary Clinton, who still dominates with black and Latino voters.

Earlier this month, Sanders began running ads in Spanish in Nevada as part of a push to broaden his base of support and capture critical votes in what will be the third state to cast ballots in the Democratic primary in February 2016.

He needs the effort to work. The Guardian reports that Sanders' fanbase in the Las Vegas area remains predominantly white, at least as measured by the turnout at the rally. A recent poll by impreMedia and Latino Decisions found 41% of Latino voters in 14 important primary states either had no idea who Sanders was or otherwise offered no opinion on his candidacy. It also found that Sanders' favorable ratings lagged 22 points behind Clinton's among Latinos, with Clinton scoring a favorable impression among 61% of voters compared to just 39% for Sanders.

Similarly, polling has demonstrated Sanders will need to make inroads in the black community to win the Democratic nomination. A CNN/ORC poll released in early October found the Sanders trailing Clinton by 55% among African-American voters.

Watch part of Sanders' speech below: