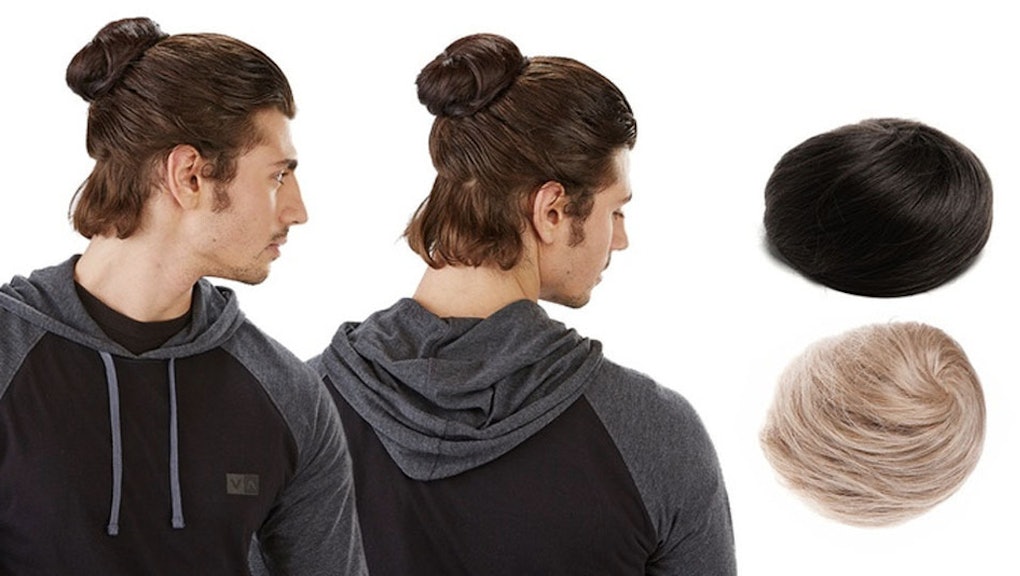 Early 2015 was a simpler time. A more pleasant time. A purer time. It was a time when we could appreciate man buns as a relatively acceptable male grooming preference. We were mystified. We were entranced. But we were also at a safe distance.

But that was before man bans decided to take over the world. Now, they've gone too far. Much too far.

May we introduce to you the horror that is known as the "clip-in man bun"?

We already knew that man buns could be bad news, what with the potential for traction alopecia as well as heavy mockery. But the hairstyle is reaching into deal breaker territory in the form of a mini toupee, or a merkin, if that's more your flavor. Styled and manufactured just like your favorite clip-in extensions or even bangs, this clip-in looks like a biscuit made of hair.

And that's not the most panic-inducing part of this: The faux buns, so kindly flagged by Mashable, are actually available now on Groupon for the terrifyingly low price of $9.99 (down from an unthinkable $65.34). Buy them all, we say, and burn them all.

The best part? If these seem like a joke, that's because they once were. Earlier in 2015, in those simpler times, online retailer ASOS played an April Fool's prank on its followers by announcing that they would be selling a similar clip-in man bun product. "Ho ho ho," they laughed and laughed.

But now that it's our horrific reality, it's not so funny, is it?

"Although the hairstyle oozes with fashion sense, those who sport it might find themselves outcasts in sports bars, motorcycle gangs and the annual government-mandated machismo test," Groupon writes, in what sounds like the fine print of an arthritis commercial.

On the plus side, according to the online coupon site, the detachable man bun "lets you blend in with your surroundings, putting it on when you smell fair-trade coffee or hear a banjo, and taking it off when someone utters the word bro."

Guess Groupon didn't also want to mention that it'll also make all the women in your life recoil in disgust. Just look at the models above. Their eyes are begging for salvation.

Our advice to the men who want to buy this hair accessory: don't. Please don't. Remember all the people in your life who love you, and don't do this to them. Don't hurt them like this. Some April Fool's jokes were meant to be just that.