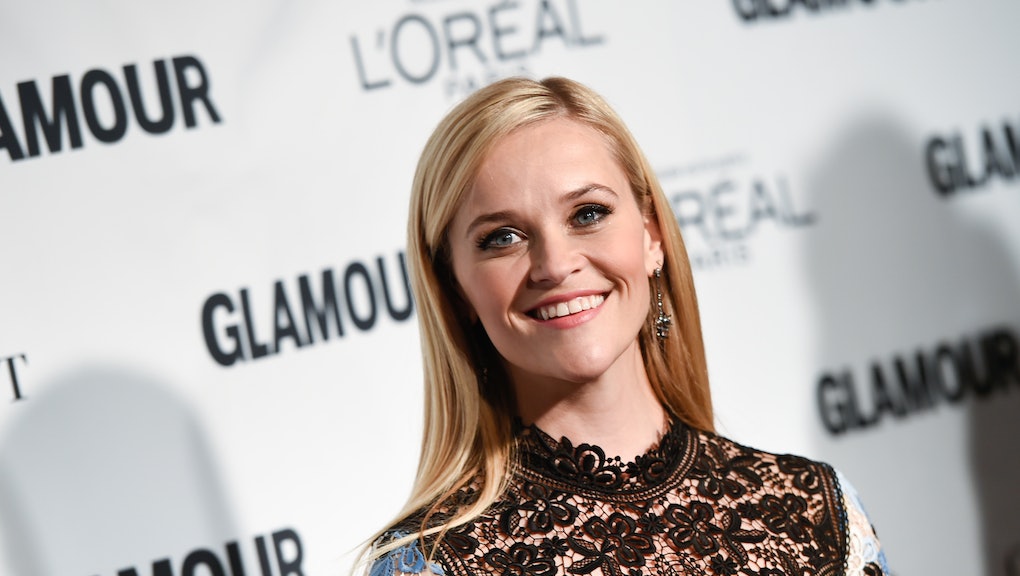 Reese Witherspoon at the 'Glamour' Women of the Year Awards: "Female-Driven Films Work"

The list of women honored at Monday night's Glamour Women of the Year Awards is impressive mostly for its forward thinking. Yes, there were the usual suspects — Victoria Beckham, for instance — but names like Caitlyn Jenner and Misty Copeland show a willingness to honor the future in addition to the already established.

It was one of the established women, however, who stole the night at the award show with a speech that embraced the spirit of progress. Reese Witherspoon accepted an award for creating great roles for women in film by delivering a fiery, funny speech about women in film.

Witherspoon's speech focused on a time when her career was adrift. As she tells it, she felt at home in neither comedy nor drama because of the paucity of great female roles. She still can't figure out why those roles are lacking.

"Female-driven films work," she said. "This year alone, Trainwreck with Amy Schumer, Melissa McCarthy's Spy, Pitch Perfect 2, Cinderella, the Hunger Games franchise, those made over $2.2 billion worldwide. Films with women at the center are not a public service project. They are a big-time, bottom-line-enhancing, money-making commodity."

She's right: Movies about women do make money at the box office — a lot of it. Yet as Witherspoon noted throughout her speech, nothing is being done in major studios to actually create more substantial roles for women.

Instead of standing aside, Witherspoon formed her own production company, Pacific Standard Films, in 2012. The goal of the company is to push for female-driven work — like last year's Wild, starring Witherspoon herself, and David Fincher's adaptation of Gone Girl, a box office smash. Witherspoon, her Wild co-star Laura Dern and Gone Girl star Rosamund Pike were all nominated for Oscars. Witherspoon came back on her own terms, and is shaking up the industry in the process.

If those who run studios are wise, they'll look at the numbers and shift as a whole. Until then, sadly, most of the work will have to be done by the individuals willing to take a stand. Luckily, as Witherspoon put it, sometimes that's the very best way to make change happen.

"OK, Reese, what are we going to do now?" Witherspoon remembered asking herself. "The answer was very clear. My mother, who is here tonight, a very strong, smart Southern woman, said to me, 'If you want something done, honey, do it yourself.'"

Read the full transcript of Witherspoon's speech on Glamour's website, or watch a clip below: