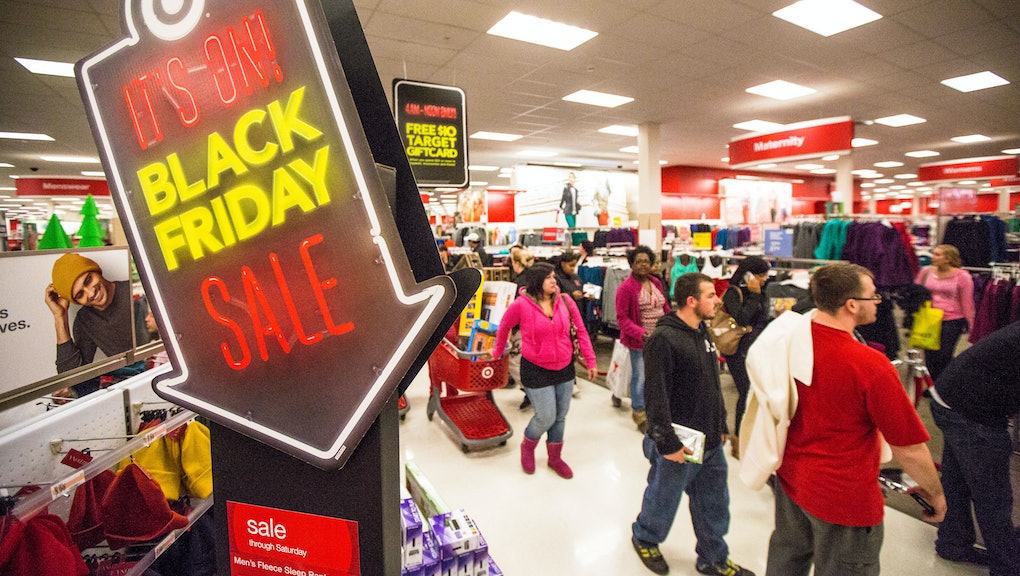 Black Friday is still several weeks away, but some stores are getting a head start on the 2015 holiday sales season. Retailer Target is ringing in the festivities early, with 10 days of deals beginning Nov. 22.

The company is calling the event its "10 Days of Deals," which will feature new discounts on everything from electronics to toys through Dec. 1, the company wrote on its corporate website Monday. "As part of the celebration, we'll feature a Black Friday pre-sale on Nov. 25 — those special deals will be revealed on Nov. 22 in Target's Weekly Ad," the company said.

In the spirit of getting things going early, Target will open its doors to customers for Black Friday beginning on Thanksgiving night at 6 p.m. Eastern, a trend similar to last year when many major retailers offered Black Friday hours starting the day before. Toys R Us and Best Buy also announced this week they would offer Black Friday deals on Thanksgiving, Time Money reported.

Target is offering its holiday deals across its stores nationwide, as well as online. Although not all deals have been revealed by the retail giant so far, advertised savings in the Black Friday holiday deals preview shows discounts on everything from electronics to cosmetics.

According to the press release published Monday, Target is also offering a 20% coupon to anyone who spends over $75 on Black Friday to use on future purchases. That discount can be applied to any purchase made between Dec. 4 and Dec. 13.