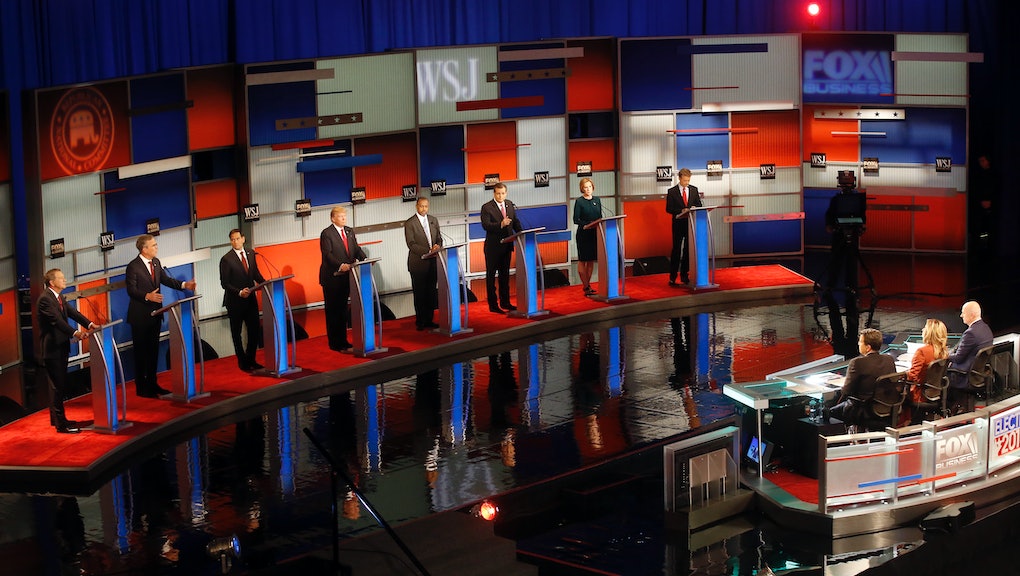 The fourth Republican presidential debate of the 2016 election season was held Tuesday night at the Milwaukee Theatre in Milwaukee, featuring eight of the top-polling GOP candidates — and Twitter was prepared. Users had immediate reactions to some of the biggest moments of the night, from Donald Trump's candid remarks to the candidates sparring off against each other.

Below are just some of the noteworthy tweets from Tuesday night's Fox Business Network/Wall Street Journal's Republican presidential debate:

Trump called out Fiorina for interrupting candidates during the debate, which caught the attention of one Twitter user by the name of Diane Sevenay:

No candidate appeared overjoyed every time former Secretary of State Hillary Clinton was brought up:

For the first time in this year's Republican debates, Cruz had the floor for the longest time of any GOP candidate:

However, other users noted candidates appeared to be trying their best:

All in all, users seemed divided on the fourth Republican presidential debate.