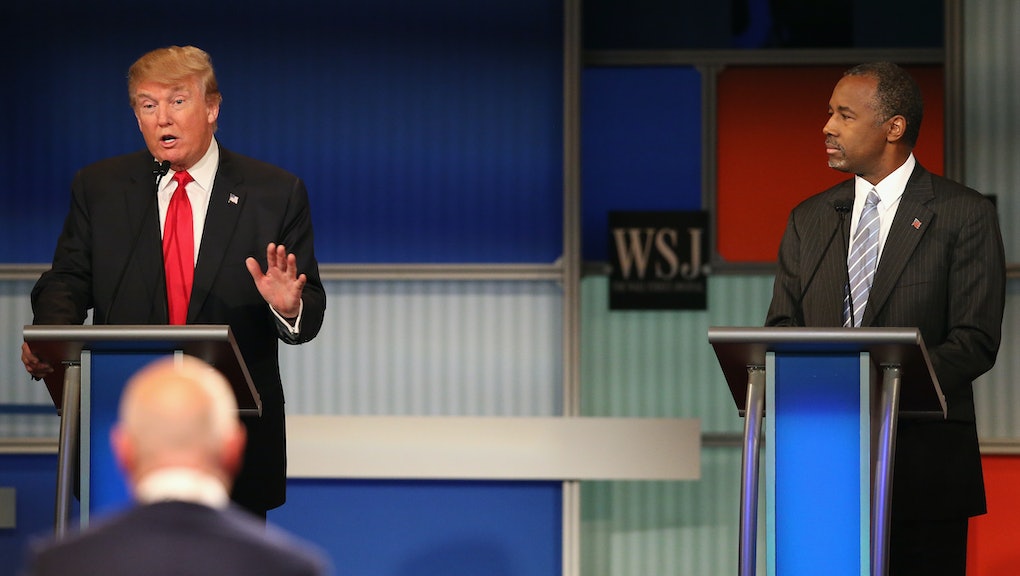 During the fourth Republican presidential debate, when real estate mogul Donald Trump again advocated for deporting many of the more than 11 million of undocumented immigrants in the United States, Ohio Gov. John Kasich insisted such a strategy was "silly."

"We need to control our border ... but if people think that we're going to ship 11 million people who are law-abiding ... and somehow pick them up at their house and ship them out to Mexico, think of the family, think of the children," Kasich said. Kasich then proposed a plan demanding that law-abiding undocumented immigrants "pay a penalty" and "get to stay," adding that Trump's plan was "silly" and "not an adult argument."

Trump fired back at Kasich with jabs unrelated to the immigration plan including, "I built an unbelievable company worth billions and billions of dollars, I don't have to hear from this man."

Trump also pointed out that his immigration plan closely mirrors that of former President Dwight Eisenhower in 1954. Trump said Eisenhower moved a million and a half undocumented immigrants out of the United States and, after a few tries, "they never came back."

Historians, however, argue that the one and a half million figure Trump cites is highly exaggerated, the Washington Post reported.

Trump has repeatedly argued for building a wall along the U.S.-Mexico border to prevent undocumented immigrants from coming into the U.S., something he reiterated Tuesday.