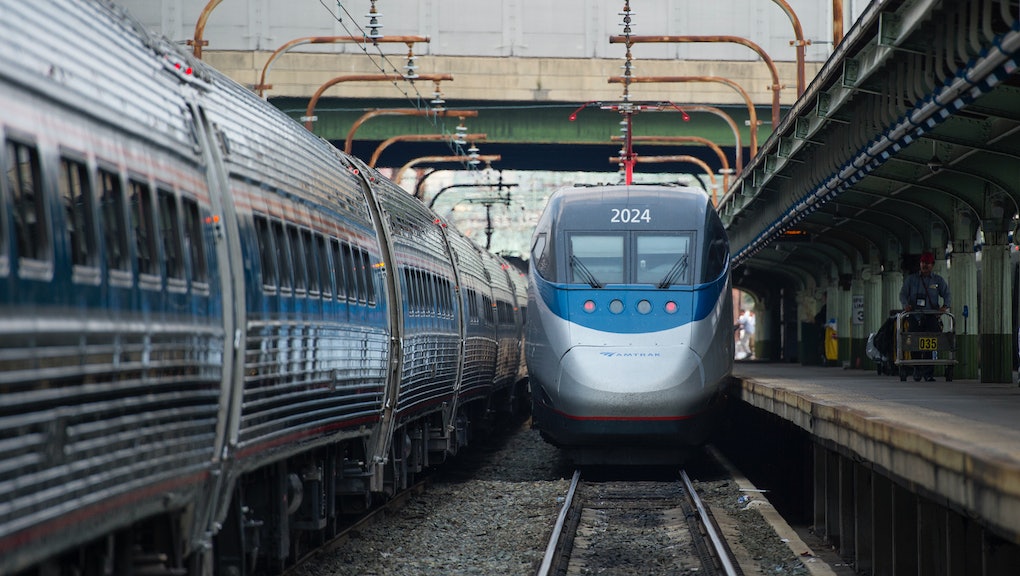 An unnamed person was struck and killed by an Amtrak train near the Main Street Station in Stratford, Connecticut, early Wednesday morning, according to multiple reports.

The fatal incident occurred a little before 8:30 a.m. Eastern, according to Reuters, when Amtrak train 190 struck a person who the Metropolitan Transit Authority have yet to identify. The authority referred to the person killed as a "trespasser" in an advisory. The train was traveling northbound from Washington, D.C., and was expected to arrive at Boston's South Station at 11:05 a.m. Eastern.

"Train service between New Haven and Bridgeport has resumed with delays due to police activity as a result of a trespasser struck by a train," the MTA advisory reads. "New Haven Line customers traveling through this area should anticipate delays of up to 30 minutes."

The delays continued past 10:00 a.m. Eastern on Wednesday.

It's unclear why the unnamed person was considered to be trespassing on the Amtrak train tracks at the time of the incident. MTA said police were investigating.