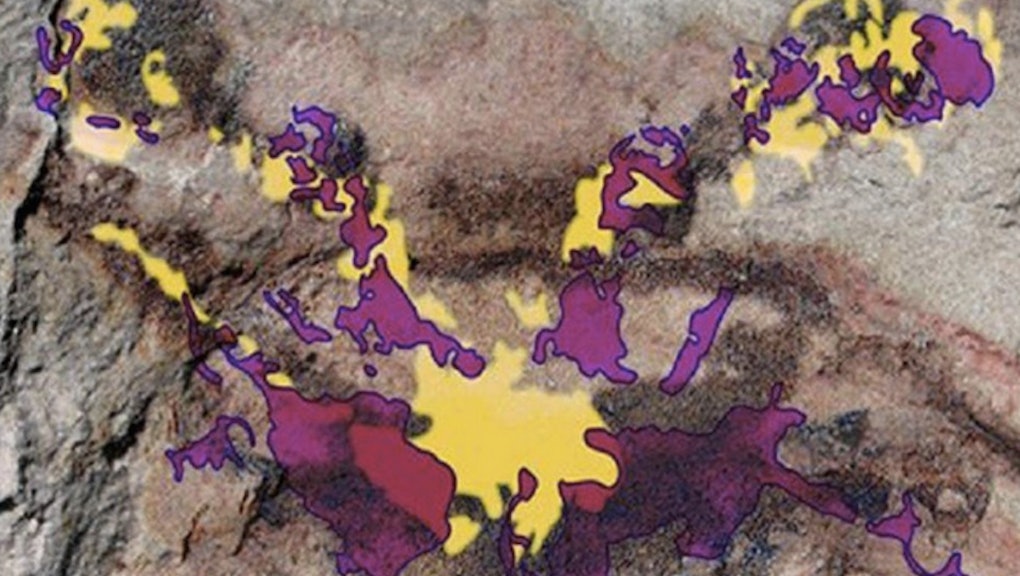 A study published in Current Biology in late October reveals images of a 520-million-year-old brain from a shrimp-like creature called a Fuxianhuia protensa. Led by University of Arizona neuroscientist Nicholas Strausfeld, the study is the first of its kind, examining seven fossils containing complex brain tissue, all of which hail from the beginning of the Paleozoic Era when organisms were just starting to diversify.

"The rest of the animal is incredibly simple, so it's a big surprise to see a brain that is so advanced," Strausfeld told Live Science. "I looked at the microscope and I think I said something like, 'Whoopee, I think we've got the crown jewels!'"

According to the research, the specimen had to have been buried immediately after each of the organisms' deaths in order for their brains to fossilize and remain intact for more than 500 million years. Parts of the Fuxianhuia protensa brains appear as black stains on the yellow fossils.

The tar-like characteristic of the tissue is due to the process of "dewatering," which occurs in fossils when oxygen and water is removed entirely from a fossil, Yahoo News reports.

Strausfeld told Live Science that the brain tissue from the fossils showed similarities to that of present-day organisms, including humans. "Lots of people don't like that idea, sharing a brain with a beetle, but there's good evidence suggesting that you do," he said.

In the study, researchers called the specimens "exceptional preservation," noting that samples of the protensas may provide further information on the Earth's Cambrian Period.