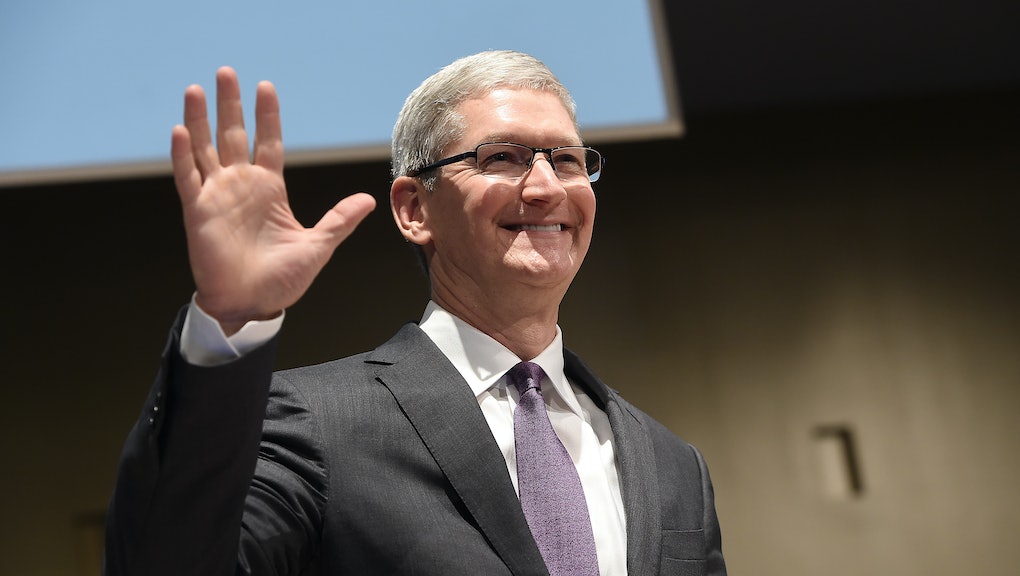 Tim Cook Lays Out Why We Can't Let the Government Erode Our Privacy, Even a Little

Major government spy agencies hate encryption. With a simple equation scrambling your information, no computer in existence can access it without your private key. So governments, espionage agencies and federal investigators have a new proposal: Put some kind of hole or "backdoor" in encryption so that they (and only they, presumably) can access your info.

Silicon Valley is not having it. In an interview with the Telegraph, Apple CEO Tim Cook took an opportunity to reiterate just how bad of an idea these encryption backdoors are.

"It may make someone feel good for a moment, but it's not really of benefit," Cook told the Telegraph. "If you halt or weaken encryption, the people that you hurt are not the folks that want to do bad things. It's the good people. The other people know where to go."

Apple is unlike other major tech titans. Data surveillance isn't part of their business. While companies like Facebook and Google use your personal info to draw in advertisers and pay their bills, Apple doesn't need any of that data. Apple is a product company. They sell computers, phones and apps, not your data. When it comes to encryption, Apple has always fallen on the side of protecting privacy.

Once a backdoor exists for one person, it exists for anyone — government officials, spies, hackers or criminals.

The Crypto Wars: We've seen the government try to fight encryption in the past. In the 1970s, the federal government tried to classify basic encryption as munitions of war in what came to be called the "Crypto Wars." They were unsuccessful, largely because you can't make a math problem illegal.

But now we're in the second coming of those efforts, as politicians like Prime Minister David Cameron show interest in total encryption bans. This time around, politicians are asking for a new encryption standard that allows government holes. But as most prominent technologists will point out, you can't weaken encryption to allow for just one party to have backdoor access. Encryption doesn't work that way. You can't open a hole in the bottom of a boat so one fish can get through.

Once a backdoor exists for one person, it exists for anyone — government officials, spies, hackers or criminals.

But no matter where Washington, D.C., stands, the tech industry almost unanimously opposes the inclusion of backdoors into encryption services, vowing by the dozens to fight any state-level attempts to weaken encryption.