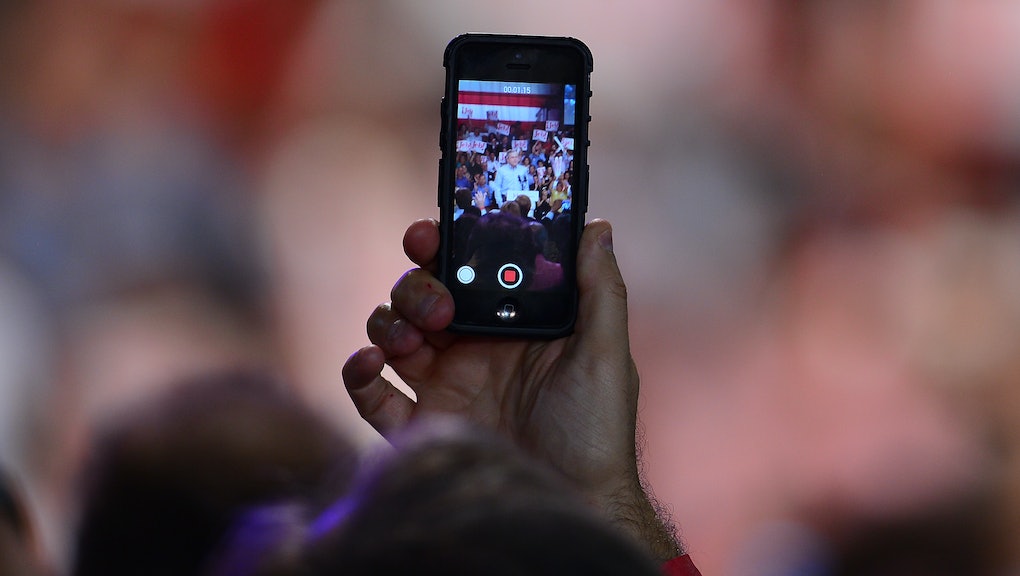 Comedy brand and production house Funny or Die debuted a satirical video about political scandals and the digital media machine on Thursday at the Yahoo News Conference on Technology and Politics. The conference, which took place at The Olmsted Center at Drake University in Des Moines, Iowa, assembled political operatives, elected officials, leading journalists and "futurists" to unpack how technology and democratic processes are converging.

With sessions and panels titled things like "The Geek in Chief" and "How to Win a Tech Campaign," the topic of Yahoo's conference hits on a fast-shifting landscape. As a participant in the event, and true to its brand, Funny or Die's contribution to the conference, a short video that unpacks the lifecycle of a political scandal with inflated scientific precision, offers levity.

"We rely on what's in the zeitgeist to ideate and generate content," Kellyn Parker, VP of Partner Content for Funny or Die, told Mic. "Politics are huge, especially heading into the election."

The video premiered before an afternoon panel featuring Brad Jenkins, Funny or Die's managing director and executive producer, alongside panelists Nick Car, author of The Glass Cage: How Our Computers Are Changing Us, and Nicco Mele, a digital consultant and co-founder of Echo & Co, a digital agency focused on online strategizing. Together onstage, the panelists tried to work through a thorny question: Is social media ruining politics?

"We wanted to put our take at it," said Parker. "The panelists specifically were talking about social media, government and policy making. The majority of our most successful work has to have a hook, and celebrity scandal is something we can satirize."

Yet, beyond route satire, Parker said the video was meant to complement the discussion without taking a side in the debate. Rather, it meant to play on how technology has changed content creation and consumption habits.

And while Yahoo's technology conference highlights the public's exposure both to and by digital media, it also underlines how a  media company like Funny or Die is evolving in the digital era.

"Funny or Die is a multi-headed beast," Parker said. "We have our hands in TV and web content, we produce a lot of events and we sell [content] to networks. We've had a lot of success with earned media and being a part of culture rather than just commenting on it."

Funny or Die's video was produced by an in-house team of creatives which the company relies on for all its original production work, as well as much of its partner content.

"Our strength is that Funny or Die voice," Parker added. "We always tap into the same creative minds. Overall we just want to continue to have a point of view on the world and most importantly make work that we enjoy and are proud of."