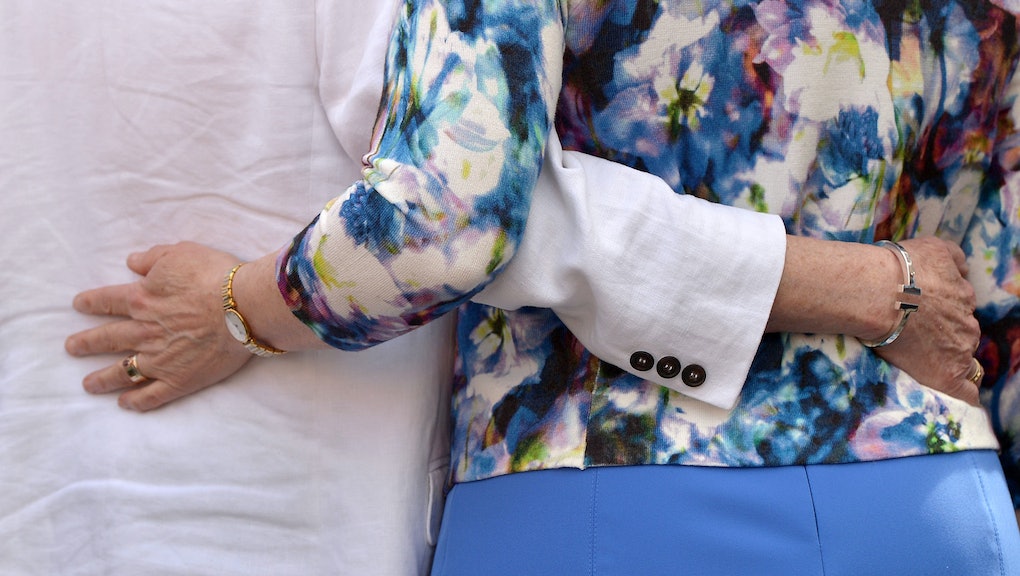 Utah District Juvenile Judge Scott Johansen ordered Tuesday to remove a lesbian couple's foster child from their care and give the 1-year-old girl to a heterosexual couple, even after the Utah Division of Child and Family Services deemed the lesbian couple fit parents.

April Hoagland and Beckie Peirce were attending a routine hearing in Carbon County 7th District Juvenile Court for their 1-year-old foster girl when Johansen argued children are better off with heterosexual parents.

"[The judge] said through his research, he had found out that kids in homosexual homes don't do as well as they do in heterosexual homes," Hoagland told Salt Lake City's KUTV. She said that when attorneys asked the judge to present the relevant research, Johansen refused.

In fact, prevailing research, like this University of Melbourne study, suggests quite the opposite: The children of same-sex parents tend to fare better than those in the general population.

"It's not fair and it's not right and it just hurts me really badly because I haven't done anything wrong," Hoagland told KUTV.

"I believe it's a religious belief," Peirce told KUTV of the judge's decision.

The married couple already underwent the rigmarole of DCFS checks and inspections to be approved for foster care in the first place. Both the foster child's biological mother and their state-appointed attorney support Hoagland and Peirce, arguing the baby would be better off living with them.

Brent Platt, Utah's DCFS director, told KUTV he will have department attorneys look into the judge's decision, saying while he does not want caseworkers violating a court orders, he also doesn't want them breaking the law.

"If we feel like [Johansen's] decision is not best for the child and we have a recourse to appeal or change it, we're going to do that," Platt told the Salt Lake Tribune.

Hoagland and Peirce are some of the first same-sex couples in Utah permitted to foster children in the state after the Supreme Court legalized same-sex marriage across the nation, DCFS spokeswoman Ashley Sumner told the Guardian.

They are both raising Peirce's two children and had planned on adopting the foster child.

Johansen has come under fire before: In 1995 he slapped a 16-year-old boy in the courthouse, and in 2012 he offered to dismiss the community service sentence of a 13-year-old girl, who was in court for assaulting and cutting the hair of a 3-year-old — if the teenager's mother cut her daughter's ponytail off in court.

"Right now," Johansen had said, according to the Deseret News. "I'll go get a pair of scissors and we'll whack that ponytail off."

The couple insisted they will fight the ruling. "We love [the child] and she loves us, and we haven't done anything wrong," Peirce told the Salt Lake Tribune. "And the law, as I understand it, reads that any legally married couple can foster and adopt."

"We just want sharing, loving families for these kids," Sumner told Associated Press. "We don't really care what that looks like."

After mounting public pressure, Johansen reversed his order on Friday — however, the reverse may be temporary as another hearing regarding the child's future is scheduled for Dec. 4.