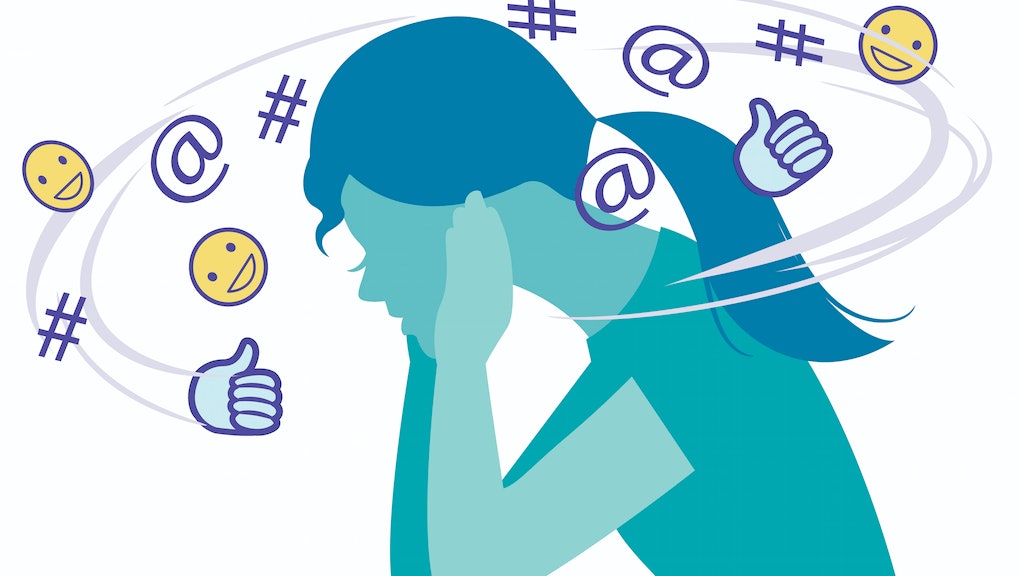 Science Says Quitting Facebook Will Make You a Better Person

A study released by the Happiness Research Institute confirms what you may have already known: leaving the world's largest social network could literally make you a happier person.

The study found signing off Facebook for good has the potential to boost enthusiasm, decisiveness and life enjoyment. Calling it quits on your 5,000 "friends" can also reduce things like anger, depression and loneliness.

"After one week without Facebook, the treatment group reported a significantly higher level of life satisfaction," the study concluded. "People on Facebook are 55% more likely to feel stressed."

To reach their findings, 1,095 typical Facebook users were asked to "evaluate their lives on different dimensions." They were then randomly divided into two groups — the control group, which continued to use Facebook normally, and the treatment group, which went cold turkey. After a week, everyone was asked to evaluate again.

"We look at a lot of data on happiness and one of the things that often comes up is that comparing ourselves to our peers can increase dissatisfaction," Happiness Research Institute CEO Meik Wiking told the Guardian.

The institute forwarded Mic a press photo of Wiking who indeed appears to be very happy. (And he should know — the institute is based out of Denmark, a country consistently ranked among the happiest in the world.)

The findings build on a long body of evidence to suggest Facebook may be doing more harm than good to our emotional well-being. A 2014 study published in the Journal of Social and Clinical Psychology arrived at similar results, finding a direct association between the amount of time people spent on Facebook and depression, with the key being unrealistic "social comparisons" created among different groups.

"Facebook distorts our perception of reality and of what other people's lives really look like," Wiking told a Danish news website. "We take into account how we're doing in life through comparisons to everyone else, and since most people only post positive things on Facebook, that gives us a very biased perception of reality."

Whether it's that amazing beach vacation your third best friend from second grade took, the celebrity your ex-boyfriend casually met or that new promotion your best frenemy just got, most regular Facebook users — aka most people — are consistently inundated with the top in curated content from their friend's moments. The unending cycle, and the bitter feelings it can engender, gave rise to the phenomenon of FOMO, or fear of missing out.

But what about those who don't want to cut the social media cord, but also want to preserve their mental health? Science has got you covered here too, saying Snapchat is the way to go.