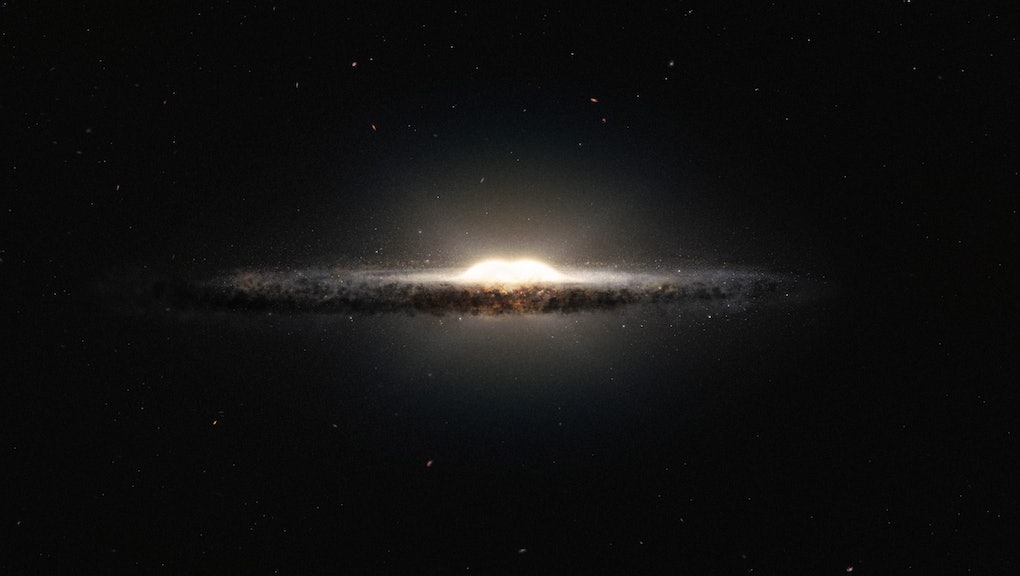 Scientists at Australian National University may have discovered the oldest stars in the Milky Way, formed before the galaxy itself, a discovery they say is as likely as finding a "needle in a haystack." The research adds to scientists' growing understanding of how the galaxy came to be.

What researchers described as a groundbreaking study, published Wednesday in the journal Nature, details the discovery of nine stars found at the center of the Milky Way with traits suggesting they were some of the first stars ever formed. Scientists said the stars dated to roughly 13.6 billion years ago or some 200 million years — a relatively short time frame when talking about the universe — after the Big Bang, the leading theory of how the universe was born.

"These pristine stars are among the oldest surviving stars in the Universe, and certainly the oldest stars we have ever seen," Louise Howes, the study's lead author, said in a statement.

The fact that these stars were discovered in the center of the Milky Way alone suggests they're older than most stars. Howes said the Milky Way formed around the galaxy's oldest stars.

The makeup of a really old star: These newly discovered stars are mostly pure energy, with low levels of carbon and iron, which contradicts scientists' theory the early universe was laden with these elements. It's long been believed the first stars exploded as a supernova, which would make the stars dense with heavy elements and less energy.

"Perhaps they ended their lives as hypernova — poorly understood explosions of probably rapidly rotating stars producing 10 times as much energy as normal supernovae," Howes said in the statement. The researchers said they sorted through 5 million stars to find the nine oldest and then further examined the selected stars under more advanced telescopes, the report said.

"The Australian National University SkyMapper telescope has a unique ability to detect the distinct colors of anaemic stars — stars with little iron — which has been vital for this search," Asplund said.

NASA announced Nov. 5 the first discovery of a cluster of white dwarfs at the center of the Milky Way that are the remnants of the galaxy's oldest stars. This and Australian National University's study both suggest that second- and third-generation stars grew around the central bulge of the Milky Way where these ancient stars and white dwarfs have remained their entire multibillion-year lives.

The discovery comes on the heels of other telling discoveries about the workings of the universe. On Nov. 5, NASA also announced solar wind is what stripped Mars of its upper atmosphere, preceded by NASA's September discovery of flowing liquid water on the Red Planet, both of which suggest that Mars once resembled Earth.