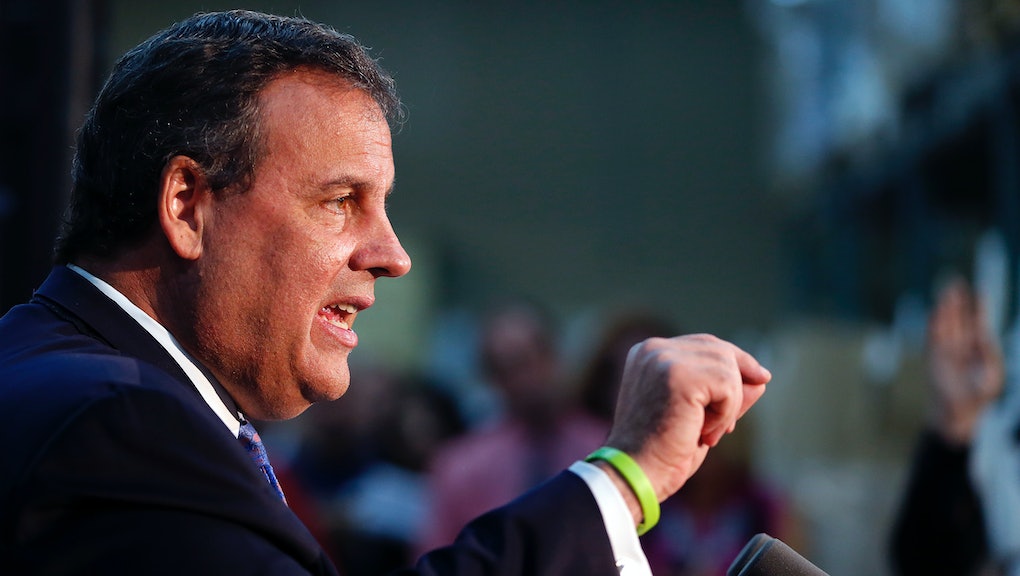 Chris Christie to Black Lives Matter: "Don't Call and Ask Me for a Meeting"

New Jersey Gov. Chris Christie's campaign for the Republican Party's presidential nomination has been an exercise in adjusted expectations. Once viewed as the firebrand conservative who tamed a liberal legislature in a liberal Northeastern state, a succession of scandals, near-scandals and personality clashes on the campaign trail have eaten away at his once-considerable support, sending a candidate once viewed as a future nominee to the bottom rung of a crowded field.

At a campaign event on Wednesday, the second-term governor and former U.S. Attorney for the District of New Jersey became visibly angry when discussing what he characterized as the activist movement's disdain for law enforcement.

"I want the Black Lives Matter people to understand: Don't call me for a meeting," Christie said at a town hall in a café in Bettendorf, Iowa, according to the New Jersey Star-Ledger. "You're not getting one."

"I think all lives matter," Christie added. "When I'm president of the United States, [law enforcement will] finally have a president who will have their back, and have it every day."

During the event, Christie added that his criticism of the movement was rooted in defense of law enforcement.

"When a movement like that calls for the murder of police officers ... no president of the United States should dignify a group like that by saying anything positive about them," he said, according to the Star-Ledger. "No candidate for president, like Hillary Clinton, should give them any credibility by meeting with them, as she's done."

Christie's remarks were in response to a question from an audience member, identified as the mother of two police officers, who asked Christie how he would support law enforcement.

Christie's answer isn't a major surprise. He has a track record of aggressive criticism of the activist movement, which campaigns against violence toward black people, particularly killings by law enforcement officers. While appearing on CBS' Face the Nation in October, Christie told host John Dickerson that the Black Lives Matter movement has not earned the legitimization conferred upon it by members of the Democratic Party.

"I don't believe that that movement should be justified when they are calling for the murdering of police officers," Christie said. "No." When Dickerson pushed back against the notion that the movement calls for the deaths of law enforcement, Christie doubled down. "Sure they are! Sure they are. They've been chanting in the streets for the murdering of police officers ... That's what the movement is creating. And the president of the United States is justifying that."