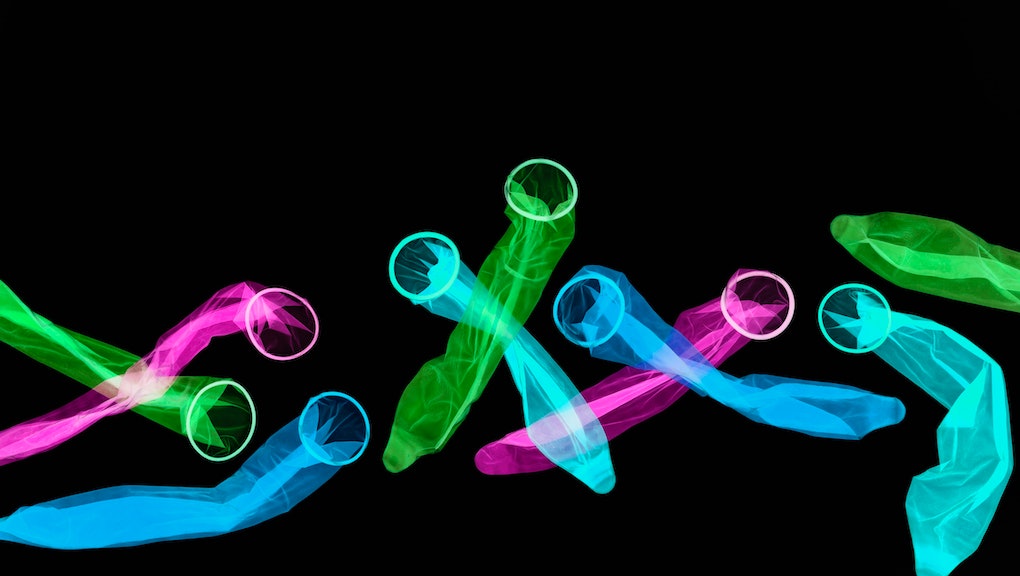 Here's a fun little kernel of news to brighten up (and/or slightly dampen) your Thursday afternoon: There's a new sexually transmitted infection in town! And it could be more common than we realize.

The infection is called Mycoplasma genitalium (or MG for short), and its symptoms may include genital discharge, pain while urinating, pelvic pain and for women, bleeding after sex. Although it was first identified back in the 1980s, according to a new report in the International Journal of Epidemiology, it hasn't really been epidemiologically studied at length, which means that its transmission, risk factors and prevalence have always been shrouded in a certain degree of mystery — that is, doctors weren't certain how it got around.

That is, until now. According to the International Journal of Epidemiology report, MG is, in all likelihood, a sexually transmitted infection.

The study: Lead author Pam Sonnenberg and her research team pulled their data from the urine samples of a group of 4,507 British participants who ranged in age from 16 to 44 and had varying levels of sexual activity. The team found that MG was most prevalent in participants who had engaged with more than four partners in the previous year, with 5.2% of those men and 3.1% of those women testing positive for the infection.

The authors wrote that all of this "strengthens evidence that MG is an STI: There were strong associations with risky sexual behaviors, with behavioral risk factors similar to those in other known STIs, and no infections were detected in those reporting no previous sexual experience."

They also found that while the aforementioned symptoms are all possible, a lot of people with the infection were asymptomatic. "In men there were no associations between reported STI symptoms and MG positivity," the study says. But they did add that "although asymptomatic infection was common, we found a strong association with post-coital bleeding in women."

So basically, MG likes to take the low-key route and just chill in our bodies without causing too much of a scene, except for when it randomly decides to make your V bleed after sex. Cute.

So should we all be freaking out right now, or what? As is the case with most any STI, the answer is no.

"I think we don't need to panic about it," Zhana Vrangalova, a sex researcher who teaches at New York University, told Mic. "As a bacterial infection, [MG] is prevented in the same ways that gonorrhea and chlamydia are: by using condoms properly and consistently."

Vrangalova added that the results of this study aren't exactly shocking. She noted that the Centers for Disease Control and Prevention have already acknowledged the possibility that MG is a sexually transmitted infection, "and this study's results are consistent with that conclusion."

Still, it's not something you should be super cavalier about, either — especially if you're experiencing symptoms consistent with urethritis or cervicitis (inflammations of the urethra or cervix, which are signified by discharges or burning sensations or pain while peeing).

"This should be something to consider when people present with current or persistent urethritis or cervicitis but don't test positive for either gonorrhea or chlamydia," she said. "MG is relatively uncommon, but it is not as uncommon as it is unknown among laypeople and forgotten about by medical professionals."

In short, MG might very well be a thing — but that doesn't mean it's worth freaking out about. As Vrangalova noted, "This is just one more reason for people to have safer sex."