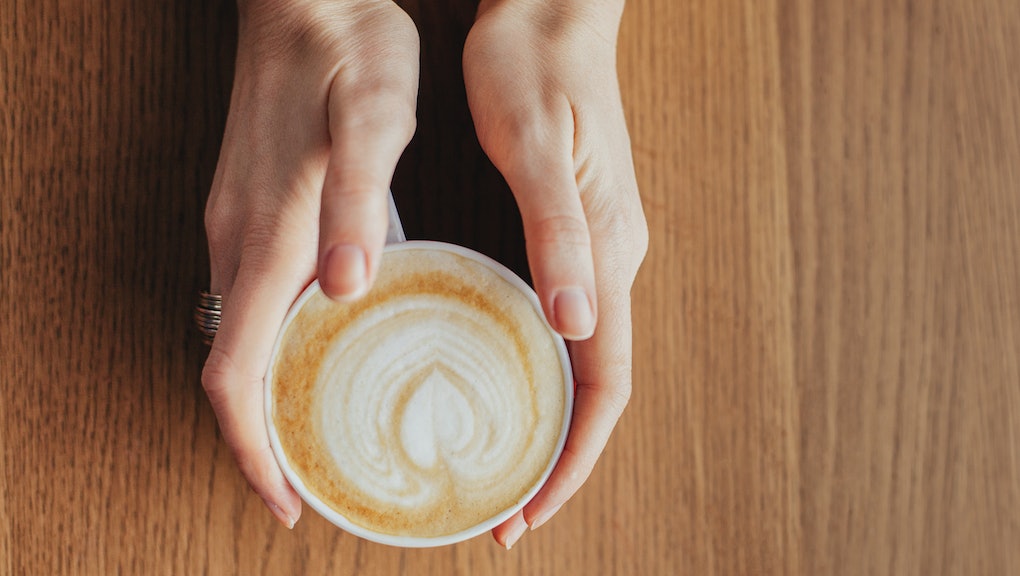 The cost of finding true love is without measure. But for one particularly frugal Londoner, it's about five dollars and 33 cents.

Lauren Crouch, 28, learned this the hard way when she met a Tinder date for coffee at Costa, a United Kingdom-based coffee chain.

As Crouch recounted on her blog No Bad Dates, Just Good Stories, after a few minutes of polite conversation, the man asked Crouch if she wanted to come over so he could cook her dinner, an invitation she politely demurred. They then said their goodbyes and went their separate ways.

When she got home, she apparently received the following text:

While most people would take Crouch's polite-yet-blunt refusal as a sign that she just wasn't that into them, this dude (Crouch didn't reveal his first name, but let's just call him Jeremy, because scientific evidence demonstrates that most Jeremys are empirically terrible) is not most people.

Jeremy is tireless. Jeremy is persistent. Jeremy is also, apparently, cheap as all get-out, if his request for Crouch to pay him back the £3.50 (or approximately $5.33) for her black Americano is any indication:

Crouch was, understandably, appalled. "I have NEVER experienced anything like this in my life, and I've been on a lot of dates," she told Mic.

So she offered what she felt was a more reasonable solution:

But Jeremy wasn't in a giving mood. He wanted his $5.33 back, and he wanted it back now. And he was even willing to risk becoming the victim of bank fraud to get it:

In the wake of her blog post going viral, Crouch hasn't heard from her penurious suitor. "I didn't want to continue the conversation as it was sounding too angry, and I hate confrontations," she told Mic via Twitter.

While requesting a $5 refund takes cheapness and pettiness to an entirely new level, the behavior displayed by Crouch's Tinder date isn't totally uncommon. In fact, it's part and parcel with the same strain of male entitlement that would prompt, say, an anonymous man to ask a woman on a date and then call her fat and ugly when she rejects him, or a dude to publicly post an unsolicited, 500-word critical analysis of a woman's entire social media presence on OkCupid.

Considering the wide range of incredibly inappropriate behavior that men display on dating apps like Tinder, getting an itemized receipt for a date just because he don't want to fuck you is relatively minor. But it underscores the bigger problem: the idea that women somehow owe you something if they don't want to fuck you or date you.

As Crouch put it on her blog, "You do decide yourself what to do with your money, and last night you decided to spend it on a coffee. I don't come with a money-back guarantee. Dates aren't commodities."

For fuckboys like Jeremy, or whatever his name really is, that type of advice is worth far more than $5.33.