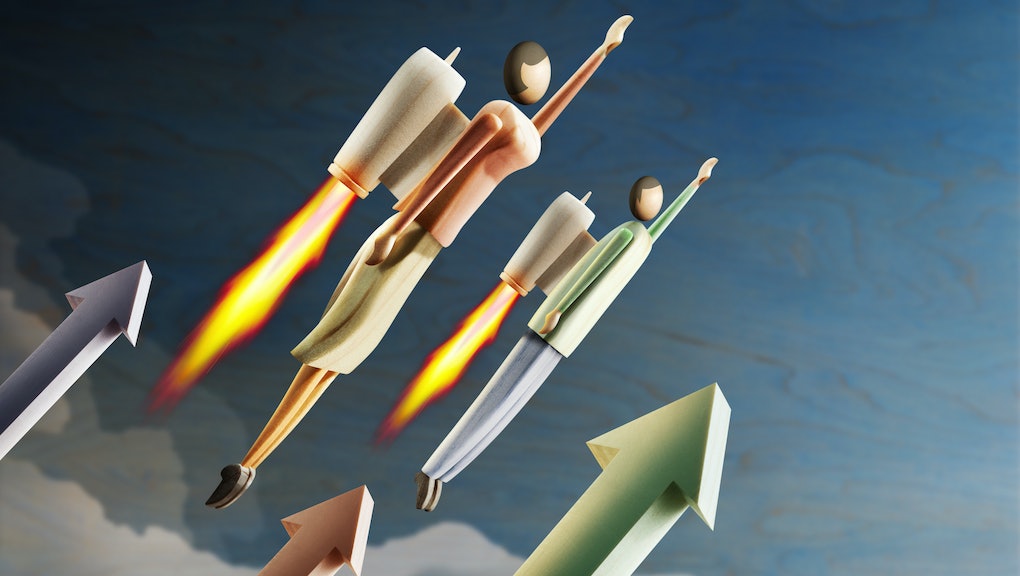 Dubai Is About to Give Firefighters and First Responders Jetpacks

Do you dream of soaring through the air via jetpack à la Boba Fett or the Rocketeer? You might want to consider becoming a firefighter... in Dubai.

On Nov. 9, the United Arab Emirates' largest city signed a "memorandum of understanding" with the New Zealand-based jetpack manufacturer Martin Aircraft Company to supply 20 of the devices to the city's firefighters and first responders.

"We see them performing a first-responder role," Dubai's director of the Dubai Civil Defense Operations Department, Lt. Col. Ali Hassan Almutawa, told the BBC. "Sometimes we have challenges or difficulties to reach the top floors of those buildings. The aircraft can go into confined spaces to size-up the situation. We are going to modify them with thermal imaging cameras."

Representatives of the city and the company struck the deal at the Dubai Airshow.

A quick look at the specs shows that the new equipment would pack quite a punch. According to the BBC, the machine is capable of ascending more than 3,000 feet and reaching speeds of 45 miles per hour. The device is powered by a V4 engine and supports about 265 pounds, enabling the transport of firehoses or medical supplies. If things get too hot, there is, of course, a parachute.

"Martin Aircraft has focused on the first responder markets for introduction of its innovative aircraft, the Martin Jetpack, which provides to organizations such as the Dubai Civil Defense a significant operational advantage," Martin CEO Peter Coker said in a press release.

The splurge was hardly out of character for Dubai, which is awash in oil money. While the cost of the jetpack deal was not disclosed in the release, the amount is likely pocket change compared to some of the UAE's recent enterprises. In addition to throwing $1.5 billion at the construction of the tallest man-made structure, the city also owns the world's largest man-made marina and an indoor ski slope. Police, who no doubt feel slighted by their lack of jetpacks, can do their moping in one of the ultra-luxury cars  — Aston Martins, Lamborghinis, Bentleys, Bugattis, Ferraris — at their disposal.

If all that excess doesn't move you (you baller, you) here's a photo of lion sitting on a Porsche. Because Dubai.