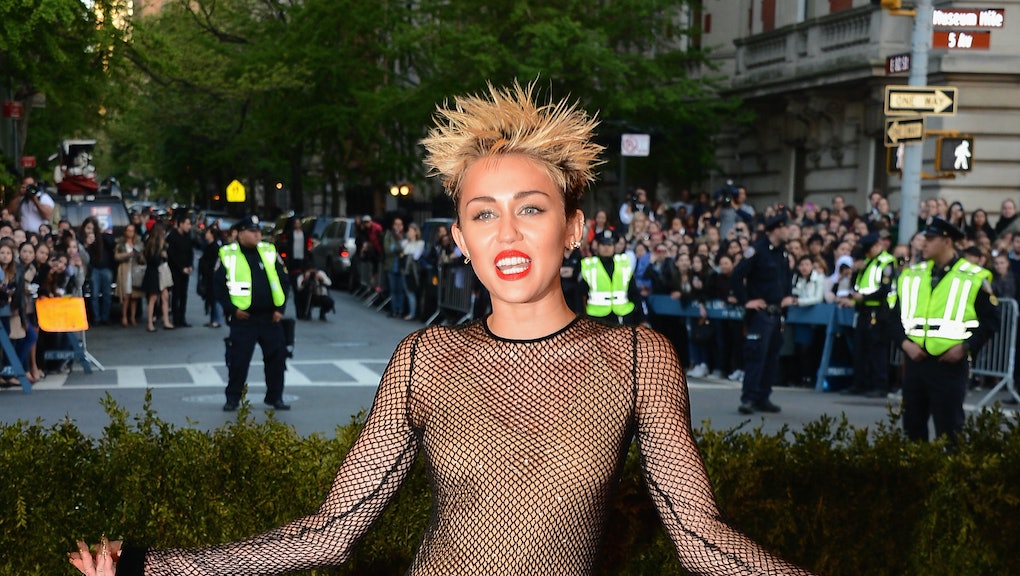 The photoshoot was shot by Richardson, a consistently controversial photographer to celebrities who continues to make headlines for his photos and reports of alleged sexual molestation from a number of models.

Warning: the following photos are definitely NSFW. Then again, fans of Cyrus — and anyone who hasn't been sleeping under a rock since the singer's departure from Disney Channel and transformation into America's wild child — shouldn't expect anything less.

Although the photos aren't typical of your everyday fashion magazine, it's the standard at Candy. The publication writes on its site Candy "is the first fashion magazine completely dedicated to celebrating transvestism, transexuality, crossdressing and androgyny in all their glory."

Check out the photos, shared by Twitter users Friday, below: