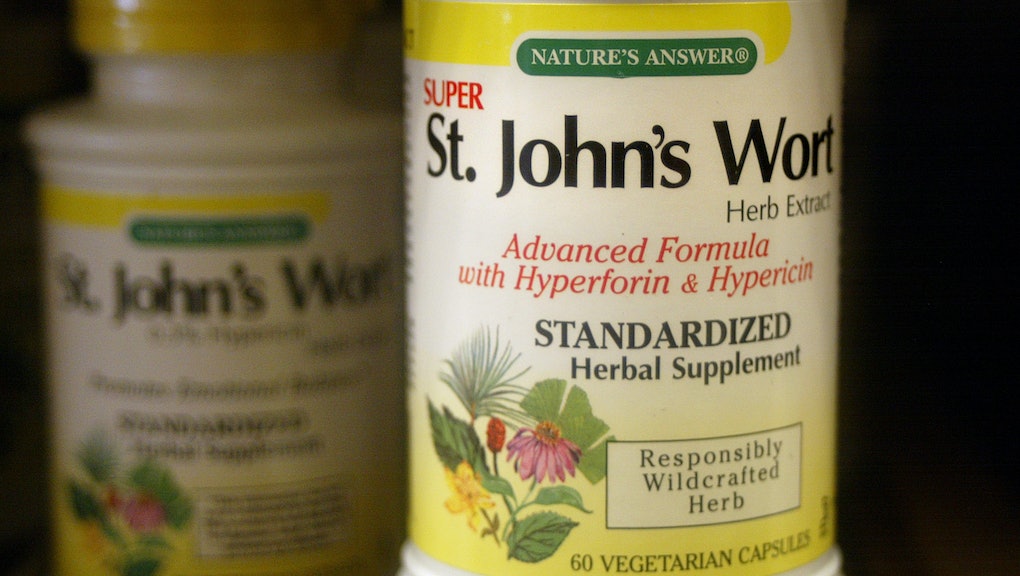 The UK Is Trying to Blacklist Homeopathy, and the US Isn't Far Behind

Homeopathic medicine, the practice of healing your body with small amounts of the same substances that caused your illness, could be banned from doctors' prescription pads in England.

The news comes in the wake of ongoing claims that natural substances such as St. John's wort, arnica and belladonna have no proven medical efficacy.

British ministers have launched a consultation to determine whether the National Health Service should add homeopathic treatments to its Schedule 1 "blacklist," the BBC reports — thereby ensuring taxpayer dollars won't go towards funding them.

The strongest anti-homeopathy push came from the Good Thinking Society, a British charity that claims to "encourage curiosity and promote rational thinking." The charity describes itself as "pro-science and anti-pseudoscience." For months, the organization has been pressuring the government to curb NHS spending on what they perceive as "treatments that are neither effective nor cost-effective," according to an October blog post.

"We believe it is unjustifiable for any part of the NHS to spend public funds on these thoroughly discredited sugar pills," the blog post read.

The move to block NHS homeopathy funding is getting support from within the British government. In 2010, the House of Commons Science and Technology Committee released a homeopathy report urging the government to stop endorsing the controversial remedies on the grounds that there was not sufficient evidence supporting the remedies' effectiveness.

On its website, the NHS wrote, "There is no good-quality evidence that homeopathy is effective as a treatment for any health condition."

What is homeopathy, anyway? For those who've never stopped by the health shop for St. John's wort or St. Ignatius bean, homeopathy is a form of alternative medicine based on the notion that "like cures like" — that what causes a disease in a healthy person might, in very small doses, also cure that disease in a sick person.

Treatments tend to take the form of natural medicines made from plant, animal and mineral ingredients — think chamomile, onion and mountain daisy.

Despite homeopathy's legions of devotees composed of both doctors and patients alike, studies have shown its treatments are no more effective than popping placebos.

The U.K. isn't alone. Americans use homeopathic remedies, too — and shell out enormous amounts of money for it. In 2007, Americans spent $33.9 billion out-of-pocket on "complementary and alternative medicine," according to the Centers for Disease Control and Prevention's National Center for Health Statistics. Of that $33.9 billion, they spent $2.9 billion, or 8.7%, specifically on homeopathic medicine.

As with the situation in England, U.S. government agencies have, of late, subjected homeopathy to greater levels of scrutiny. The Food and Drug Administration is actively re-evaluating the way it regulates the oft-debated medicine, a process that included a two-day hearing in April. Critics argue the products' self-proclaimed benefits are misleading and that their ingredients can, in fact, be toxic if consumed in incorrect doses.

It's no secret that homeopathy has no scientifically-proven ability to cure diseases. Dr. Christopher Hobbs, director of integrative science at the natural vitamin company Rainbow Light, told Mic, "At best, the results are inconclusive."

But perhaps, he continued, homeopathy's scientific efficacy isn't important. Hobbs classifies homeopathy as "energy medicine ... because we can't identify or measure any active compounds in it," he said.

"I'm not against energy medicine, because I feel that there are other levels of healing that we understand." Hobbs added. "One either believes in it or not."