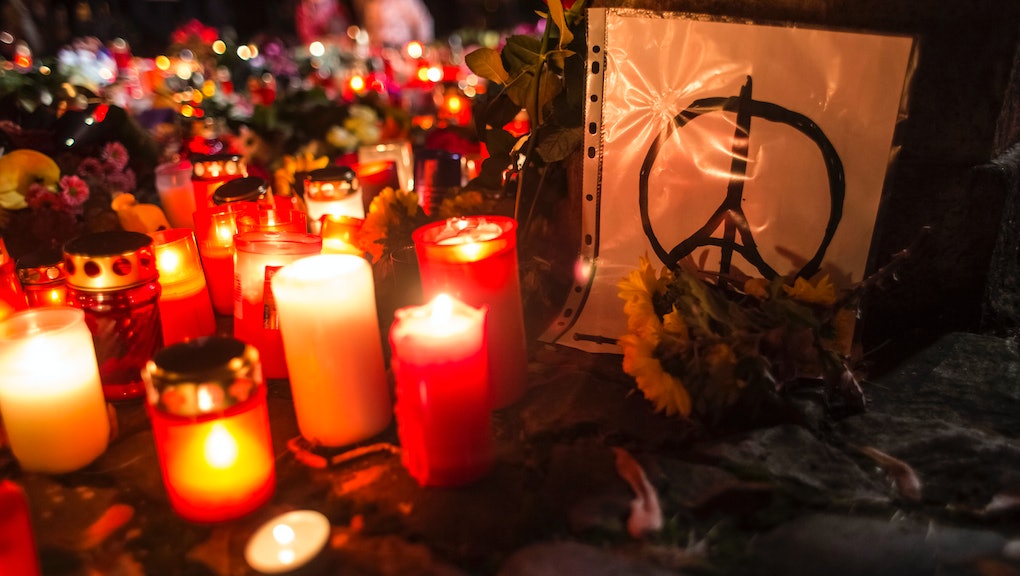 On Friday night, the phones of the world lit up with notifications — warring news alerts counting dozens of deaths as news rolled in, text messages of shock and an onslaught of social media buzz. From Facebook, the notifications told us that friends and loved ones were safe.

A Facebook representative told Mic that between Friday and Saturday night, 4.1 million people used its Safety Check tool to mark themselves safe, sending push notifications out to 360 million people worldwide.

Meanwhile, social media is brimming with support for Parisians as people overlay their profile pictures with France's flag of blue, white and red. Facebook told Mic 78 million people have discussed Paris in over 183 million instances in that time.

Facebook released the safety check feature in 2014 to help people respond to emergency events, and has used it just five times before the Paris attacks, for earthquakes and similar natural disasters. This is the first time it's used Safety Check in the case of a violent event.

"These events have taught us a lot about how people use Facebook during disasters and we were personally inspired to continue work on the Disaster Message Board to incorporate what we've learned," Facebook wrote in a blog post in October.

But given the amount of extreme terror worldwide, even in the same week as the attacks on Paris, many are wondering why Facebook hadn't made this feature available sooner.

Alex Schultz, Facebook's vice president of growth, took to Facebook to explain — given that this is possibly the most deadly Western terror attack since 9/11 — it was simply the first time since developing the feature that they saw enough activity to inspire its use.

We chose to activate Safety Check in Paris because we observed a lot of activity on Facebook as the events were unfolding. In the middle of a complex, uncertain situation affecting many people, Facebook became a place where people were sharing information and looking to understand the condition of their loved ones. ... So we made the decision to try something we've never done before: activating Safety Check for something other than a natural disaster. There has to be a first time for trying something new, even in complex and sensitive times, and for us that was Paris.

Schultz says that in the future, as Facebook builds out the tool, it will be available in for new uses beyond earthquakes and hurricanes. "If something similar were to happen in the future, we would of course consider activating Safety Check then as well," Facebook's representative told Mic. But "we hope we never have to do this again."