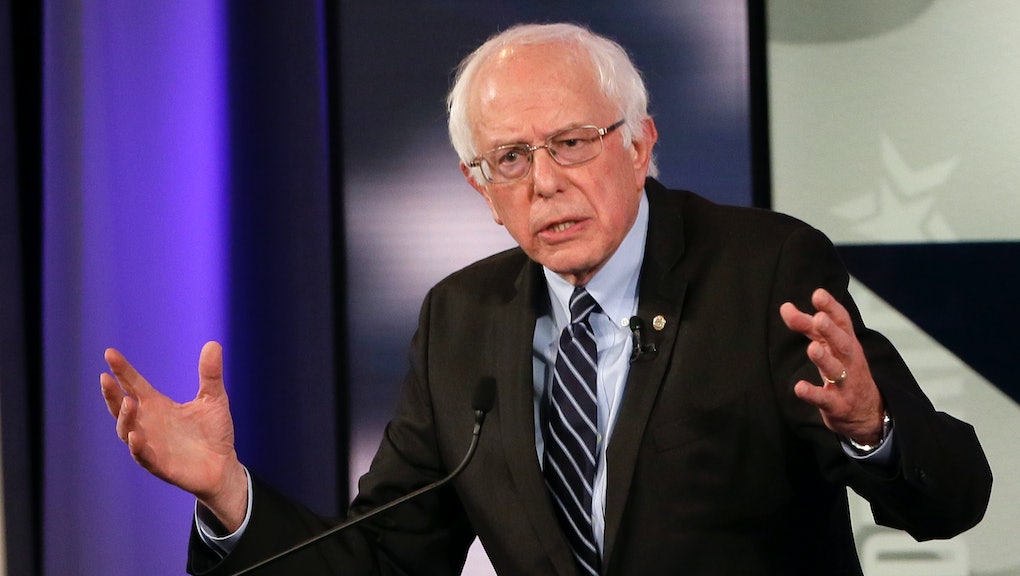 In wake of a series of terrorist attacks that struck Paris on Friday night, the first question posed to Vermont Sen. Bernie Sanders during Saturday night's Democratic debate was whether he still believes climate change is the No. 1 national security threat to the United States — and Twitter users had a lot to say about his answer.

"Absolutely," he said. "In fact, climate change is directly related to the growth of terrorism." Sanders added that climate change will cause farmers in countries "all over the world" to struggle with a scarcity of water and land to grow crops, which Sanders said studies have shown leads to international conflict.

Some Twitter users mocked Sanders' response, saying he should tell the French people that but wouldn't say that if he were face to face with a member of the Islamic State group.

Others backed up Sanders' statement:

A recent study published in the Proceedings of the National Academy of Sciences found that shortage or water sparked a crisis in regions of Syria, Iraq and Turkey that forced 1.5 million rural residents to flee to the border of Syria after their livestock was killed, children fell ill and food prices spiked. According to the study, this crisis among other results of climate change led Syria to violence.