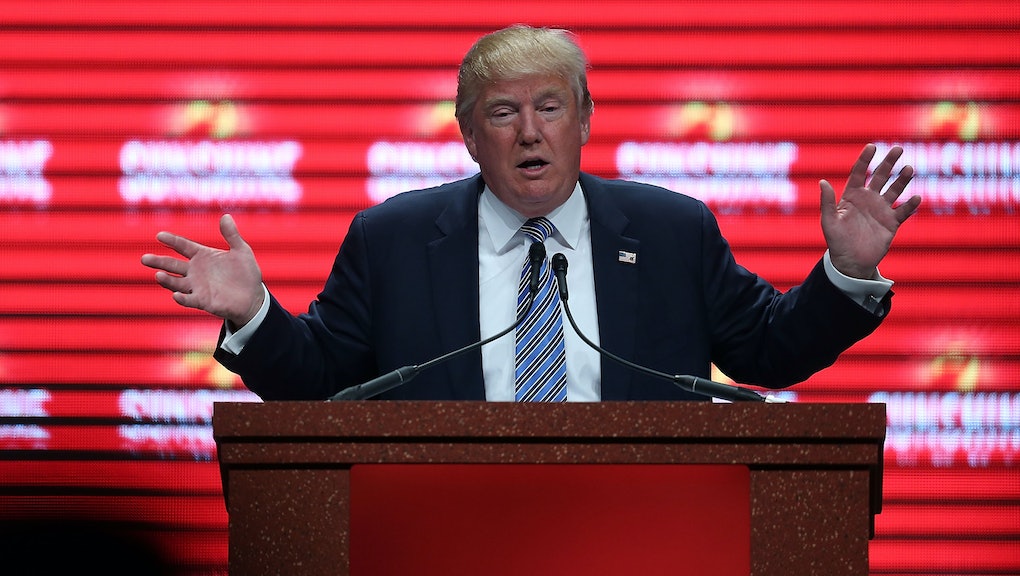 During the second Democratic debate Saturday in Des Moines, Iowa, Democratic dark horse candidate and former Maryland Gov. Martin O'Malley drew some of the biggest cheers of the night with a jab at Republican front-runner Donald Trump's stance on immigration.

"The fact of the matter is, and let's say it in our debate, because you'll never hear this from that immigrant-bashing carnival barker Donald Trump," O'Malley said. "The truth of the matter is net immigration from Mexico from last year was zero."

O'Malley's picture of the immigration situation has more factual backing than the rhetoric being used by Trump, who has called undocumented Mexican immigrants criminals and "rapists." Trump has also promised to build a wall on the U.S.-Mexican border and force the Mexican government to pay for it.

According to a study by Pew Research Center released earlier this year, the Mexican undocumented immigrant population has declined in recent years, with net immigration from Mexico "likely" reaching zero in 2010 and flipping toward emigration since then. Similarly, deportations reached a record high in 2013, according to the center's research.