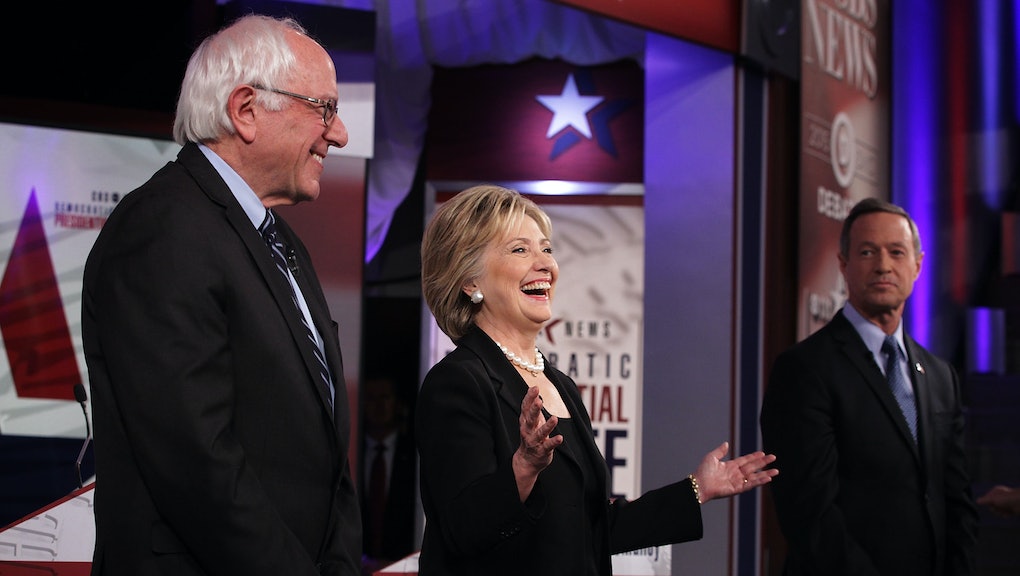 "Reinstating Glass-Steagall is a part of what very well could help, but it is nowhere near enough," Clinton said. "My proposal is tougher, more effective and more comprehensive because I go after all of Wall Street, not just the big banks."

So what exactly is the Glass-Steagall Act, and why do O'Malley and Sanders think it's the key to ending the nation's financial corruption?

A banking law of the Great Depression: The Glass-Steagall Act, implemented in 1933 and repealed in 1999, essentially created a firewall between consumer banks and the investment banks of Wall Street by separating their activities.

The purpose of the act was to prevent consumer and investment banks from engaging in risky investment deals together that could put Americans' savings with consumer banks at risk.

Under the act, only 10% of a consumer bank's total income could come from stocks.

Former President Bill Clinton repealed the act in 1999 on the basis that banks were merging and finding loopholes around the act, CNN reports, but banks only got bigger afterward.

"Today, not only must we reinstate this important law, but if we are truly serious about ending too big to fail, we have got to break up the largest financial institutions in this country," Sanders said in a public statement when he first publicly backed the act's reinstatement in July.

"For 70 years we separated the speculative banking activities from the depository activities and it worked," O'Malley said when he also backed the idea in July. "We need to return to our true selves and put in a modern version."