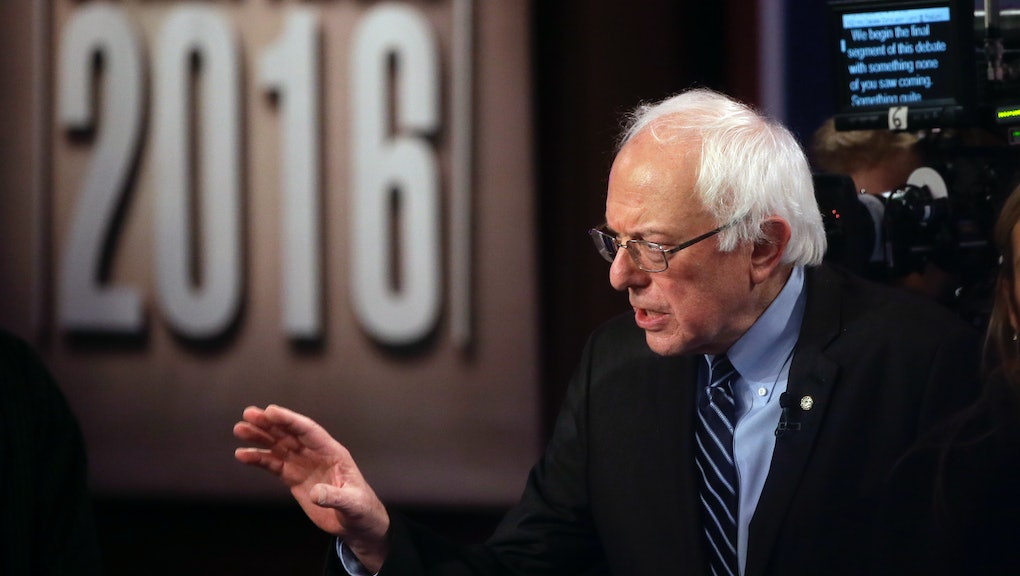 Eisenhower, who was first elected to the presidency in 1952 and was subsequently re-elected for a second term in 1956, vehemently believed in a need to reduce taxes. The top marginal income tax rate was at a sky-high 92% during Eisenhower's first term, according to Forbes.

In a 1953 news conference, Eisenhower called the reduction of taxes "a very necessary objective of government —that if our form of economy is to endure, we must not forget private incentives and initiative and the production that comes from it. Therefore, the objective of tax reduction is an absolutely essential one, and must be attained in its proper order."

"I have as much reason as anyone else to deplore high taxes," Eisenhower said in 1953. "I certainly am going to work with every bit of energy I have towards their reduction. And I applaud the efforts of the people in Congress that are going in that way."

Moderators during the Democratic debate emphasized that Sanders has said he's willing to set the marginal tax rate above 50% if elected president — but they wanted specifics on just how high Sanders was willing to go.

When pressed on the subject, Bernie affirmed that his marginal tax rate plan would be below the rate adopted by the Eisenhower administration. "I'm not that much of a socialist compared to Eisenhower," Sanders said onstage.

According to Sanders' website, his platform includes a plan to redistribute wealth by enacting higher corporate taxes. Sanders would tackle the task by "demanding that the wealthy and large corporations pay their fair share in taxes," his campaign platform says on income wealth and inequality.

"As president, Sen. Sanders will stop corporations from shifting their profits and jobs overseas to avoid paying U.S. income taxes," Sanders' platform continues. "He will create a progressive estate tax on the top 0.3% of Americans who inherit more than $3.5 million. He will also enact a tax on Wall Street speculators who caused millions of Americans to lose their jobs, homes and life savings."