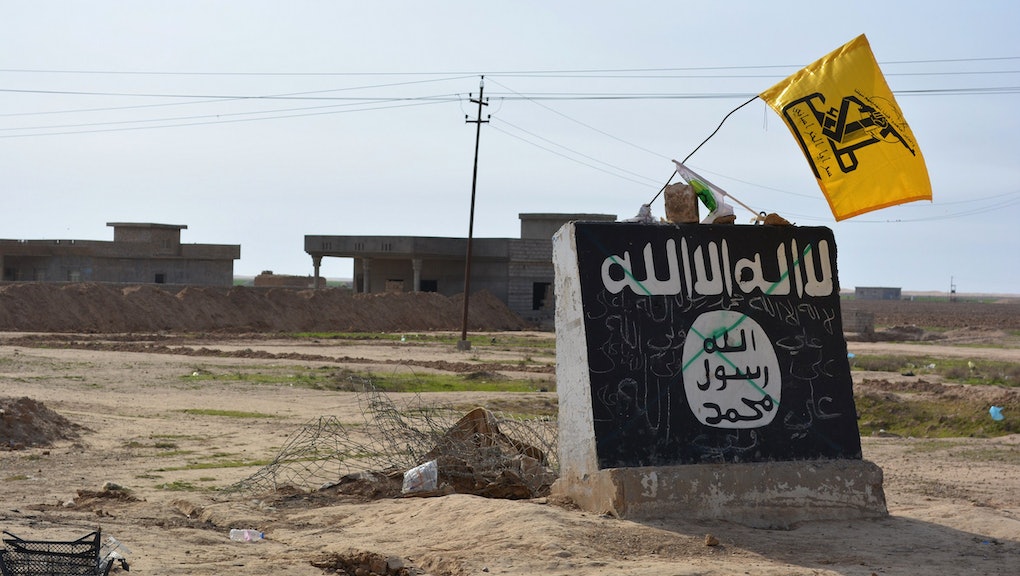 If You Hear President Obama and John Kerry Call ISIS “Daesh,” Here’s Why

ISIS, ISIL, Islamic State — with every new media report, it seems that the vocabulary of terrorism changes.

In the wake of terrorist attacks in Paris that left 129 dead and hundreds wounded, a number of world leaders have begun referring to the Islamic State as "Daesh."

"It is an act of war that was waged by a terrorist army, a jihadist army, by Daesh, against France," French President François Hollande said shortly after the attacks. Secretary of State John Kerry also used the term during a meeting in Vienna. "The United States, I want to emphasize, welcomes support in the fight against Daesh," he said. During a speech at the G20 summit in Turkey, U.S. President Barack Obama said it too. "Turkey has been a strong partner with the United States and other members of the coalition in going after the activities of ISIL, or Daesh, both in Syria and Iraq."

Daesh is technically an acronym for the Islamic State's proper Arabic name, al-Dawla al-Islamiya fi al-Iraq wa al-Sham, and was used by ISIS members for a period of time. The word Daesh is now forbidden within the territory controlled by the Islamic State: If you say it, you run the risk of having your tongue cut. The term fell out of favor among the militants after a rebranding by the group's leader Abu Bakr al-Baghdadi in July. Part of the reason is because in Arabic the word "Daesh" can be taken as a play on words to mean something along the lines of "a bigot who imposes his view on others" or "to trample down and crush," the Boston Globe reported.

With propaganda being essential to the ISIS strategy of recruiting foreign fighters, it comes as no surprise that the group has moved to expunge all the negative associations inherent in Daesh.

Propaganda also plays into another reason why leaders are beginning to forswear terms like ISIS and Islamic State. By talking about the group using its own terms, those fighting it convey a de facto sense of legitimacy on the Islamic State's aims. The Islamic State, of course, is not actually a state, but rather of collection of terrorists operating from seized territory in Mesopotamia. No "Islamic State" in that territory has ever been recognized by any government as representing any actual country.  World leaders repeatedly calling it a "state" potentially play into ISIS's hands.

Daesh. Use it — annoy a terrorist.