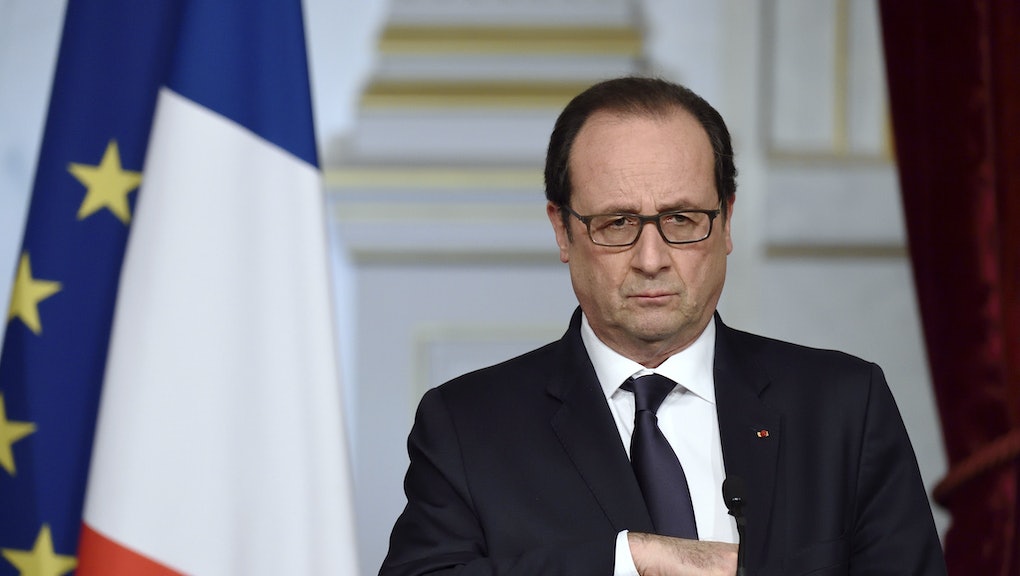 NATO Article 5: Here’s What to Know About Collective Defense Clause After Paris Attacks

In the wake of the deadly ISIS-organized attacks in Paris on Friday, France could invoke NATO's Article Five, the North Atlantic Treaty Organization's collective defense clause, according to the International Business Times.

The article affirms that any foreign attack on a NATO member stands as an attack on all of the organization's member states and is cause to collectively mobilize defense efforts.

Article Five, an action agreed upon in the Washington Treaty, reads:

The Parties agree that an armed attack against one or more of them in Europe or North America shall be considered an attack against them all and consequently they agree that, if such an armed attack occurs, each of them, in exercise of the right of individual or collective self-defence recognised by Article 51 of the Charter of the United Nations, will assist the Party or Parties so attacked by taking forthwith, individually and in concert with the other Parties, such action as it deems necessary, including the use of armed force, to restore and maintain the security of the North Atlantic area.

The collective action has only been called on once before, according to NATO, in response to the 9/11 terrorist attacks that shook America in 2001.

Writing for Foreign Policy James Stavridis, the former commander of NATO in Europe, argued in favor of invoking Article Five and called the Islamic State group "an apocalyptic organization overdue for eradication."

"The fundamental purpose of a NATO mission should be to defeat the Islamic state in Syria and destroy the infrastructure it has created there,"  Stavridis wrote. "Such a mission would have the additional benefit of demonstrating that NATO is willing to act decisively when it is under threat."