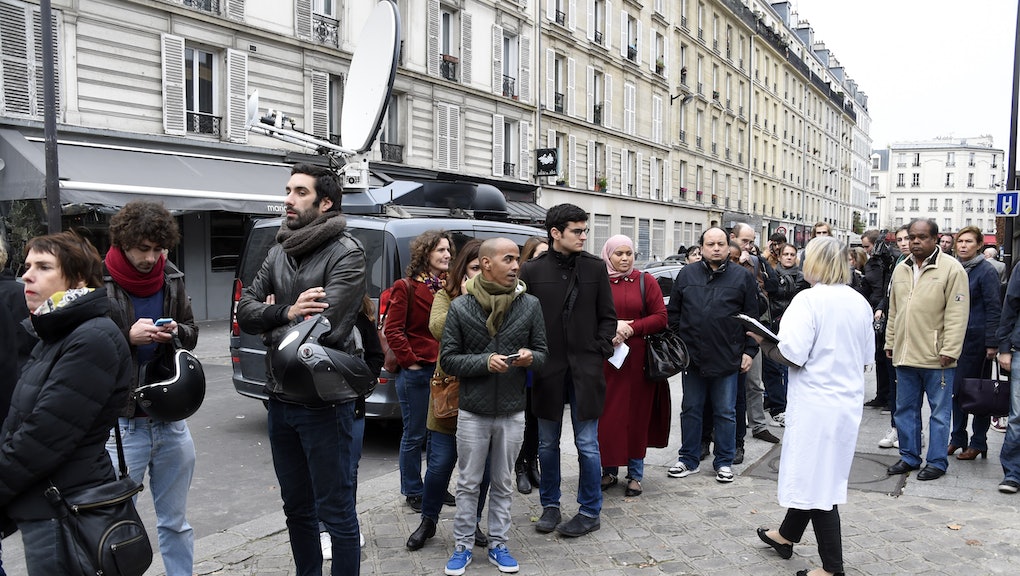 The Scene in Paris: An Overwhelming Number of Parisians Showed Up to Donate Blood

Thousands of Parisians waited in line for hours this weekend hoping to donate blood for those wounded in Friday night's Islamic State-coordinated attacks.

Despite the the country's declared state of emergency, which discourages large gatherings, and a government advisory to avoid public areas, throngs of people still showed up to donation centers.

"The fact that we coped with last night's situation is thanks to Parisians who give blood as a matter of routine," a spokesperson for the Etablissement Français du Sang, or French Organization for Blood, told the Connexion on Saturday.

"It's the only way I can think of to respond ... in a concrete way," Camille Ruiz, 26, who stood in line for three hours, told the Telegraph. The hospital where she waited was across the street from restaurant Le Carillon, one of the locations targeted by assailants.

Some hospitals attempted to turn people away, saying they had more than enough blood to treat those in need, another Parisian told Mic, but people refused to leave. Establissement Français du Sang encouraged potential donors to consider returning the following week.

"I think whilst people are shocked, everybody's wanting to do something. That [attack] happened, but we really need to keep on living," Daniel Hurlin, a French designer who's lived in Paris for 10 years, told Mic. "These people with their really obscure values can't come in and invade us — we will keep on living."