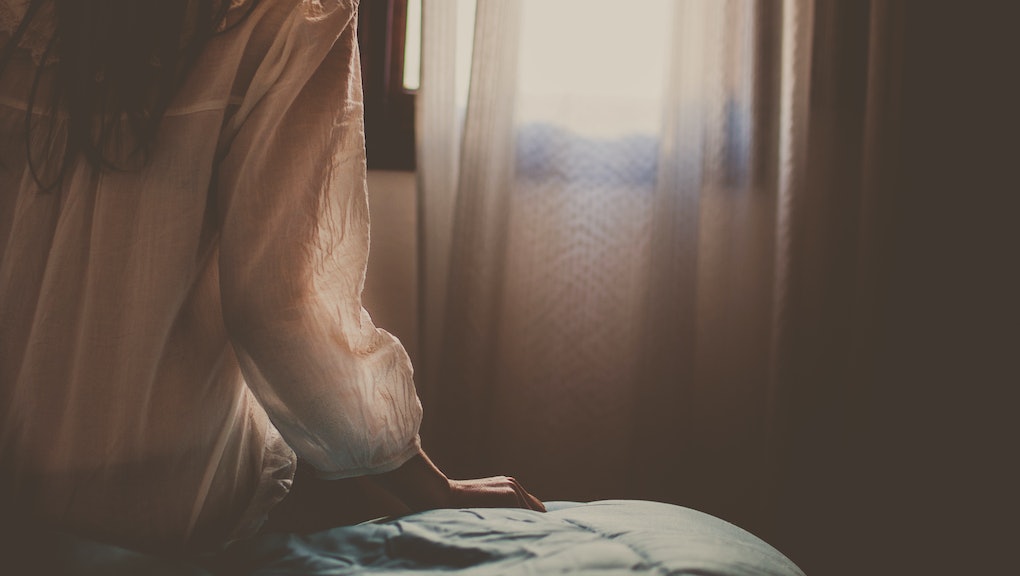 For many of us, the conversation about sexual assault is one that exists purely in headlines about campus protests, or subplots in lurid network TV crime dramas. But for those who have actually survived sexual assault, it's an experience that will likely live with them in some form for a long time. While everyone's experience is different, the aftereffects of the trauma manifest themselves in unanticipated yet powerful ways.

Over the past few weeks, Mic set out to speak with survivors about how sexual assault affected their approaches to sex, intimacy and relationships, but the conversations rarely stayed focused on romance. Instead, the women and men who shared their stories also talked about how sexual assault affected other aspects of their lives, including their friendships, living situations, family interactions and senses of themselves. Each story was unique, but the same lessons appeared again and again.

Mic spoke with nearly a dozen survivors about life after sexual assault, what they wish they'd known and what they want other people to hear. Here's what they had to say.

You're always debating whether to tell people about your assault — or to keep silent.

"I struggle with how to go on and have normal conversations without talking about 'it.' I don't want it to be the first thing on my mind every time I meet a new person. It literally does feel like walking around with 'victim' or the words 'has been raped' on your forehead. It seems there's always something I have to blame myself for." — Alex Solano, 23

"It can be difficult to move on if you're not really talking about it. [People] might try to understand, but you don't want them to understand. You have to deal with yourself first." — Marcel Wayne Anderson, 30

"I'm not really in a place where I'm looking to date yet regardless, but I wonder how much am I going to define myself by this. I don't want it necessarily to be like, 'Let me sit you down and talk about this thing that happened to me, New Person I'm Dating.'" — Dana*, 24

You're forced to confront an uncomfortable truth about consent.

"The most upsetting thing I've taken away [is] that you can be honest with somebody and clear about your boundaries, but if they don't care, it doesn't matter. That's kind of terrifying. But what are you going to do? Be a nun after this?" — Dana*

"The assault certainly wasn't a blessing, but confronting my reaction to it did force me to examine my views and behaviors, and ultimately made me recognize that lots of folks have vulnerabilities in the sexual arena. I'm not sure I would've understood the value of talking candidly about sex had I not experienced a situation in which my wishes were ignored." — Suzanne*, 24

"The whole experience has made me very aware of what consent actually means. Lack of resistance to sex can be construed any which way, and I've learned it's my responsibility to demonstrate what I want — people can't see through to what's going on in my head." — Sarabeth*, 24

Your friends can be supportive... or they can be the worst.

"Sometimes, your closest friends aren't able to help you. They have their own things and can't take the pain on. I think it hurts for people who love you to see you hurting so much. Some of the people I was really close to pulled away [after my rape]. Some people I never thought I would spill my guts to, stepped up." — Jenny Horton, 32

"I just don't think I knew people could be so horrible. That was the thing I wish I knew. You do have a loss of innocence. That's very real, for pretty much everybody in life — there's always something that shocks you into [understanding] the fact that life is fucking hard. I was not prepared for that at all. There's no way that you can know, but I just wish that I could've somehow known a little bit." — Lucy, 25

You might feel ready to become intimate with another person immediately...

"In the six or so months following the assault, my attitude toward sexual partners was rather insensitive and cavalier. I vacillated between shame and pride in the reaction I was having to the assault — every 'typical' survivor I had seen in popular culture showered obsessively and trembled around men, but I aggressively pursued casual sex and felt as though I had most of the control in each encounter." — Suzanne

... or you might need to give yourself some more time.

"For a long time, it was easier to have sex than to actually deal with my emotions. My counselor would tell me, 'You have to feel what you're feeling.' But it was hard to do because I didn't want to be vulnerable. I didn't want people to know that it did hurt. I wanted to put my Superwoman cape on, and keep moving forward with my life. I slowly but surely discovered that if I didn't deal with this — if I didn't allow myself to feel every emotion that I felt — then ultimately it was going to lead to my destruction. All I was going to do was continue to crash and burn." — Leah Forney, 28

There is no hard-and-fast timeline for moving on.

"Time doesn't move normally after trauma. It constantly loops back to the experience and is completely jumbled. I didn't realize how little time I had given myself to try and move on. I didn't want to be afraid of my own damn body. Even if it wasn't sexually, touching myself or looking at myself was just wrong. I did find the right partner, and I wouldn't be as far as I am now if it wasn't for him. And that's OK. However we find peace again, we should embrace it, and not be afraid to move on." — Alex

"If I could emphasize anything or say anything to myself post-assault, it would be, 'Take it easy.' There's no right way to deal with things, but there are some ways you can definitely expose yourself, intentionally or unintentionally, to some real hurt. When you're really struggling, you're not necessarily being logical about how you approach things. Be kind and careful with yourself; I wasn't for a while. I made things more difficult for myself in some ways, by really trying to rush the healing process." — Jenny

You will ultimately be OK.

"I would do a lot of things differently. Often I wasn't being real or truthful with myself or with [my ex-girlfriend], or other individuals I might have been with in the process. I was all over the place behind closed doors, wrestling with myself. Being truthful and being real is so important for everybody, not just survivors. It's OK to trust those who want to help you and support you, whether that's family friends or strangers. It will take time, but [healing] can happen." — Marcel

"I realized that I wasn't being my authentic self, because my authentic self wasn't worried about what people thought and didn't care how others were thinking. She lives in her truth. My truth is: I've been sexually assaulted three times. I'm not damaged. It happened." — Leah

*First names and pseudonyms have been used to allow subjects to speak freely about sensitive matters.