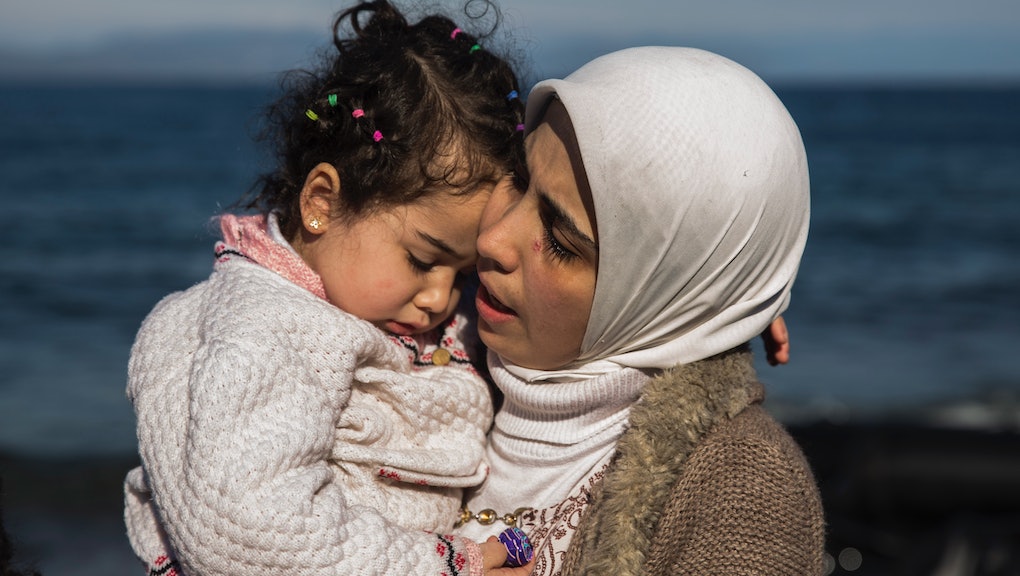 A slew of governors from across the United States announced Sunday and Monday bold plans and broad statements declaring their states would reject the relocation of Syrian refugees following the terror attacks in Paris. After a reportedly fake Syrian passport was discovered near the body of suicide bomber Ahmad al Mohammad, who detonated himself after attacking the Stade de France, at least 27 governors — along with many right-wing European politicians — came out against supporting refugees fleeing the war-stricken nation.

However, none of those politicians within the United States have the power to do so. According to the Refugee Act of 1980, that responsibility rests entirely in the hands of the commander in chief, and even more so during an "unforeseen emergency refugee situation," according to the legislation.

"The people who are fleeing Syria are the most harmed by terrorism," President Barack Obama said Monday in a press conference. "They are the most vulnerable as a consequence of civil war and strife. They are parents. They are children. They are orphans and it is very important ... that we do not close our hearts to these victims of such violence and somehow start equating the issue of refugees with the issue of terrorism."

However, that hasn't stopped U.S. leaders from politicizing the issue, which seems ironic to Daily Beast editor-at-large Goldie Taylor:

While other users stuck to pointing out the blaring inaccuracies and seemingly obvious hypocrisy in such an argument:

However, some valid points were also raised throughout the online discourse, including one note that Apple founder and former CEO Steve Jobs was the son of a Syrian refugee. Others welcomed the first arriving Syrian refugees Tuesday into their countries: