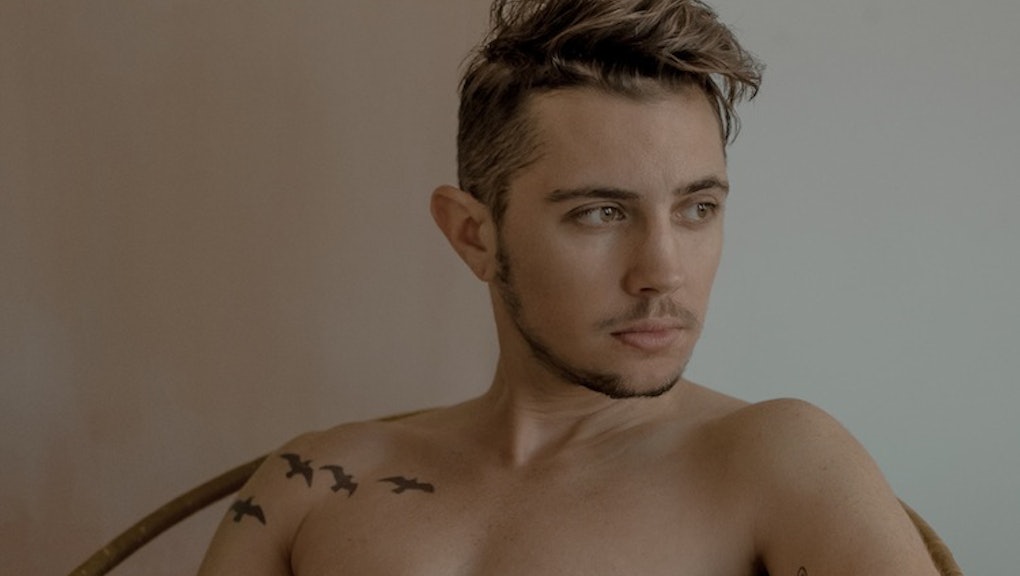 Menstruating is a normal, biological phenomenon that half the world's population experiences. Yet periods are somehow enduringly stigmatized and there are still relatively few options for how to manage them. Thinx, a company that makes so-called "period panties," or self-absorbing underwear, hopes to changes this. And not just for women, but for all people who menstruate, including transgender men.

Understanding who menstruates: After launching the tagline "Underwear for Women With Periods" in 2014, Thinx received pushback from communities on Reddit and Tumblr, the company's CEO, Miki Agrawal, told Mic in an email.

"A ton of people emailed us saying that women weren't the only people with periods," Agrawal wrote. "We were pretty struck by this, as it was something we hadn't given a lot of thought to, which is not super surprising given that there's such a lack of trans male visibility, even now."

In fact, many transgender men who are not taking testosterone — as well as some genderqueer and intersex people — still get their periods. It's an experience that can cause distress or depression among these individuals.

"Getting my period was a reminder that my body did not match my gender identity," Ethan Lopez recently wrote in a Sex, Etc. blog post about his experience. "I was going through the wrong puberty, and I could do nothing to stop it."

But raising awareness about this experience can do much to combat this emotional distress.

Menstruating as a trans man is "not something we talk about — a lot of us are ashamed, which is understandable," Wiley Reading wrote in a 2014 Everyday Feminism post on the topic. "But this shouldn't be a shameful thing. We should be able to talk about what our bodies are doing and help each other out with tips and support."

After educating themselves about this reality, Agrawal and her team realized catering to all consumers with periods was the "authentic" choice in line with the company's "intersectional feminist values," no matter whether such a product would become a best-seller or not. A year later, the company has launched a more inclusive boyshort cut — just in time for Transgender Awareness Week.

"We thought, if our goal is to break this taboo and eliminate the shame associated with periods globally, we've gotta do that for everyone," Agrawal said.

Fighting period stigma: Even beyond misconceptions about who menstruates, plenty of people still uphold the myth that periods themselves are, and should be, shameful. Thinx isn't the only one pushing back: Celebrities, artists and activists have all recently contributed to the effort, as have other companies like period care-package company HelloFlo, known for their period-stigma-fighting videos.

"As women and girls we're taught to be pretty, polite and proper," HelloFlo CEO and founder Naama Bloom told Mic of the motivation for her mission in May. "Periods are not sugar and spice, they're blood and cramps. Discussing the realities of menstruation is at odds with how we as women are supposed to project ourselves."

But discussing these realities is crucial, Agrawal said.

"You can't break taboos if you won't talk about them," she wrote to Mic. "We're going to make the progress of people accepting and understanding trans men as menstruating people happen 10 times quicker than it might otherwise just by being open and honest about it, and unafraid of people's judgments."

Watch Thinx's short film about their new product below: