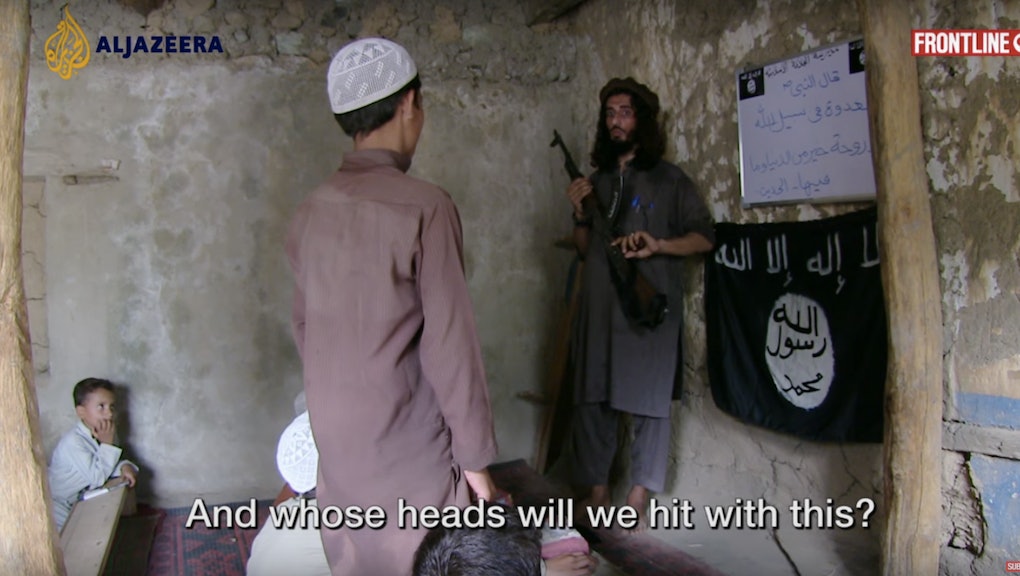 "ISIS in Afghanistan": Preview, How to Stream and When PBS 'Frontline' Episode Airs

In the Islamic State-controlled village of Eastern Afghanistan, children as young as 3 learn how to kill people to "implement God's religion," according to a trailer for Tuesday night's episode of Frontline.

The episode, "ISIS in Afghanistan," documents the work of Afghan journalist Najibullah Quraishi, who was invited by the extremist group to witness the indoctrination of children in the Islamic State training school. The episode will air at 10 p.m. Tuesday on PBS.

And viewers can expect a grim scene. The preview shows children engaging in the jihad lesson of the day at school — how to use grenades, automatic rifles and handguns to kill people.

"Stand up, Daoud," the instructor calls upon a young boy in the video. "What is this?" he asks a boy, showing him a rifle. "Kalashnikov," the boy obediently answers. "Why do we use this?" "To defend the faith," the boy responds. It's a lesson conducted with such casualness, he might as well have been teaching the child how to tie his shoes.

PBS will also stream the episode on its website.

Quraishi told Poynter that being in the presence of such a scene, watching young children learn how to carry out a suicide bombing was "shocking."

"It was the most horrible moment I felt ever in my journalism life," he said. "I cannot see any bright future for Afghanistan."