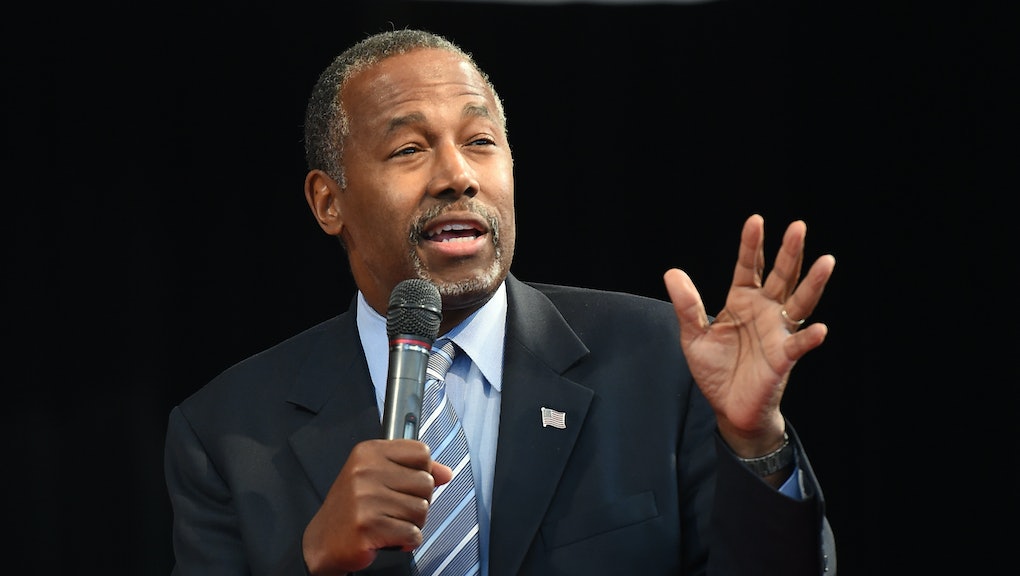 Listening to Republican presidential candidate and famed neurosurgeon Dr. Ben Carson explain his views, have you ever reached the conclusion he barely even knows where the Middle East is?

Identified in the New York Times as one of Carson's lead advisers on terrorism and national security, Duane R. Clarridge suggested it was difficult to get Carson to even listen to serious briefings on foreign policy in an interview with the New York Times published on Tuesday.

"Nobody has been able to sit down with him and have him get one iota of intelligent information about the Middle East," Clarridge told the New York Times. He added that he told a senior member of Carson's campaign, "We need to have a conference call once a week where his guys roll out the subjects they think will be out there, and we can make him smart."

Clarridge also reportedly used "an ethnic slur about the Chinese" during the interview, when describing the candidate's factually incorrect position that the Chinese government is involved in the ongoing Syrian civil war.

New York Times political reporter Trip Gabriel confirmed to Mic on Twitter the word was the "nastier" of two slurs for Chinese people.

Carson's top adviser, Armstrong Williams, also gave the paper a quote he will probably regret. Williams admitted the candidate bombed a weekend interview with Fox News, in which Carson failed to name a single country or world leader he would compel to join a military campaign against the Islamic State group, also known as ISIS, just days after a terrorist attack in Paris on Nov. 13 killed at least 129 people.

"He's been briefed on it so many times," Williams told the New York Times. "I guess he just froze."

Finally, former CIA Director Michael V. Hayden told MSNBC that he had had a "lengthy" conversation with Carson on the subject and concluded it was a "database in which he's very unfamiliar," the New York Times reported.

In a statement to Business Insider, the Carson campaign essentially accused Clarridge of being a doddering old man.

"He is coming to the end of a long career of serving our country," wrote Carson spokesman Doug Watts to Business Insider. "Mr. Clarridge's input to Dr. Carson is appreciated, but he is clearly not one of Dr. Carson's top advisers. For the New York Times to take advantage of an elderly gentleman and use him as their foil in this story is an affront to good journalistic practices."