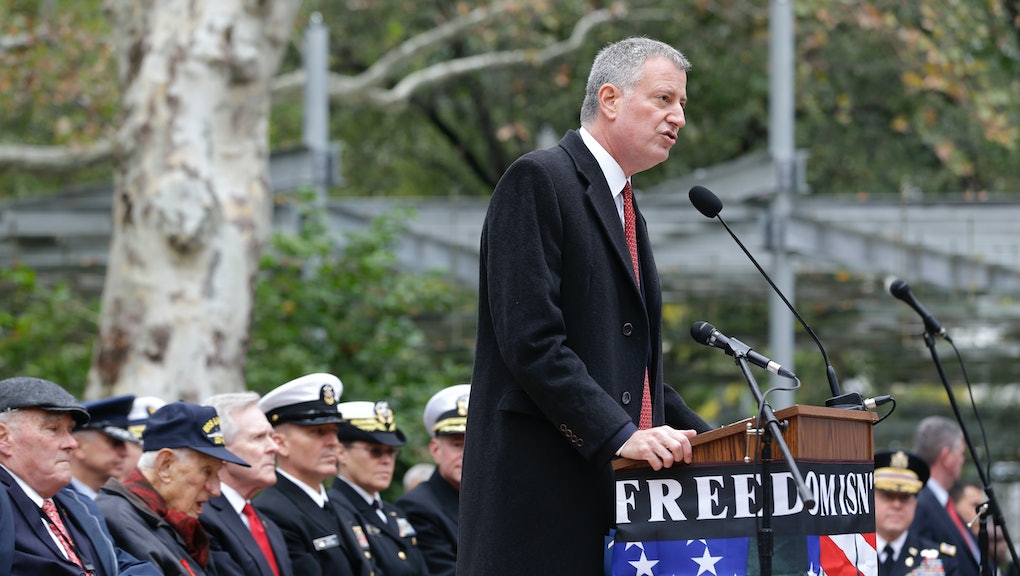 A growing list of U.S. governors is putting the kibosh on Syrian refugees entering their states. While the legality of their refusal is shaky at best, refugees don't have to wait for them to have a change of heart. A letter to President Barack Obama from 18 U.S. mayors announced the mayors' intentions to open their cities' doors to Syrian refugees.

The mayors applauded the president's decision to accept 10,000 Syrian refugees this year, and said they are willing to take "thousands more" into their cities.

The mayors, all part of the Cities United for Immigration Action coalition, wrote:

We will welcome the Syrian families to make homes and new lives in our cities. Indeed, we are writing to say that we stand ready to work with your Administration to do much more and to urge you to increase still further the number of Syrian refugees the United States will accept for resettlement.

The coalition members wrote that the United States is "in a position to lead a global narrative of inclusion and support." That inclusion, the mayors argued, is vital to the fabric of city life.

"New York has always been a place where the American dream has come to life for generations of immigrants from around the globe," New York City mayor Bill de Blasio said in a statement accompanying the letter. "For the thousands of Syrian refugees fleeing the nightmare of oppression, in search of safety, stability, and salvation, we say welcome."

Baltimore mayor Stephanie Rawlings-Blake said that her city's acceptance of refugees reflects a deeply American value. "Baltimore City has been and will continue to be a beacon of freedom and opportunity for refugees seeking a home to grow and prosper," she said.

"Our cities have been transformed by the skills and the spirit of those who come to us from around the world," the mayors wrote. "The drive and enterprise of immigrants and refugees have helped build our economies, enliven our arts and culture, and enrich our neighborhoods."

The mayors referenced Pope Francis's visit to the U.S. and his emphasis on compassion as major factors in their decision to accept refugees. During his September visit, the pope urged Congress to embrace immigrants seeking refuge from persecution in the Middle East and elsewhere.

"We must resolve now to live as nobly and as justly as possible, as we educate new generations not to turn their back on our 'neighbors' and everything around us," Francis said.

The following 18 mayors signed the letter:

Of the mayors who signed, many come from states whose governors who expressed their intent to accept refugees. However, six of the mayors live in states — North Carolina, Ohio, Illinois, New Jersey and Georgia — whose governors have said they will not allow refugees to relocate there.

However, at least one immigration expert says the governors' stances won't last.

"States don't get to make immigration policy," Joseph Best, the founder and partner of Philadelphia's Best Immigration Law Group, told Mic in an earlier interview. "It seems like it would be very ripe for litigation."

He added, "They're all grandstanding politically. This is all about politics."

"They're trying to use this to scare people into politically supporting them," Best said. "It's classic demagoguery."